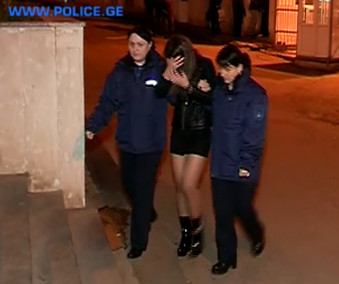 TBILISI, DFWatch–In a new report, the U.S. Department of State says Georgia has had progress in fighting human trafficking.

The 2015 Trafficking in Persons Report report, which was published Tuesday, says the Georgian government does not fully comply with the minimum standards for the elimination of trafficking; however, it is making significant efforts to do so.

“However, law enforcement’s limited investigative capabilities hampered trafficking investigations. Experts reported investigators focused on interrogating victims for evidence gathering, rather than interviewing them to determine whether or not they were potential victims,” the report reads.

It further notes that the government did not outline a strategy to systematically combat street begging. It remains a problem that street begging is not a violation of children’s rights under current legislation, and the experts report that the police has refused to investigate several cases of forced begging.

Georgia is described as a source, transit and destination country for trafficking in women and girls for sex, and for forced labor among women, men and children.

Women and girls from Georgia often become sex-trafficking victims inside the country or in Turkey, while more rarely in China, Egypt, Greece, Russia and United Arab Emirates, while women from Azerbaijan and Central Asia are victims of forced prostitution, mostly in tourist areas like Batumi in the Adjara region.

“Georgian men and women are subjected to forced labor within Georgia and in Turkey, Iraq, Russia, Azerbaijan and other countries,” the report reads.

“Georgian migrants pursuing employment in agriculture and other low-skilled jobs contact employers or agents directly, only later becoming victims in their destination country.”