Two students beaten in Tbilisi, say it was because of blog

Two students beaten in Tbilisi, say it was because of blog 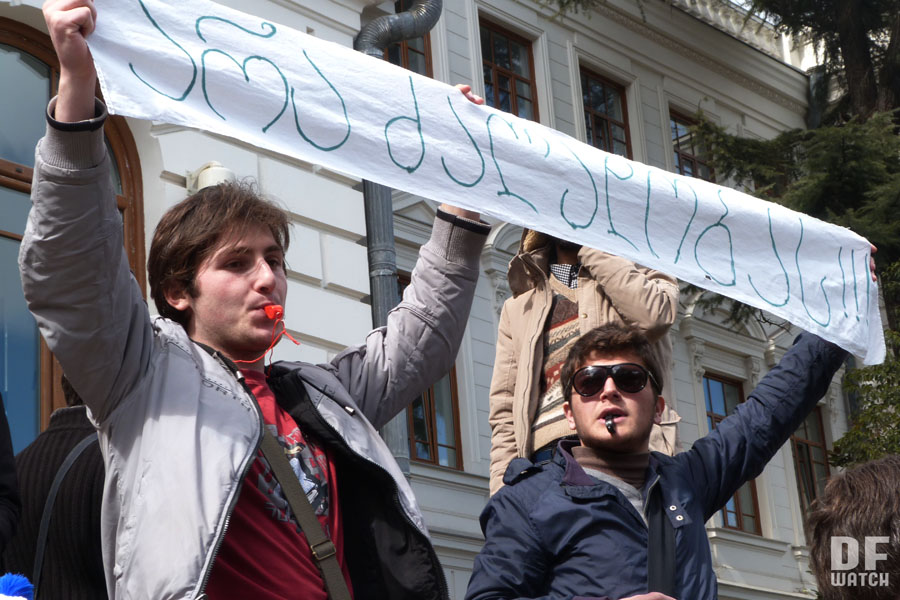 Up to five hundred students demonstrated Thursday against the beating of two students the previous day. The victims believe they were attacked because of a new blog criticizing the student's union and the university. This banner says "No to violence". (Photo: Mari Nikuradze.)

The students who were beaten believe the reason was a recently started blog which contains criticism of the student’s union and its actions, as well as the university.

The same day in the evening one of the affected students Tornike Ustarashvili explained what happened on this blog. The whole evening until midnight there was intense discussion across the Georgian social network community.

Both sides in the dispute have been publishing compromising footage about their opponents, which is believed to be fake. One side published footage of dialogues between the student’s union representatives, while the other side published footage of a chat between the bloggers, apparently showing that they were planning to use an explosive device to attack a government escort that day; but they turned out to be fake.

In the evening on Wednesday, the student’s union representatives were invited to a discussion show on Kavkazia TV, a small opposition-leaning station based in Tbilisi, where while commenting on the event, they said that the blogger students weren’t beaten. Giving a different version of events, they described the incident as a provocation against themselves. 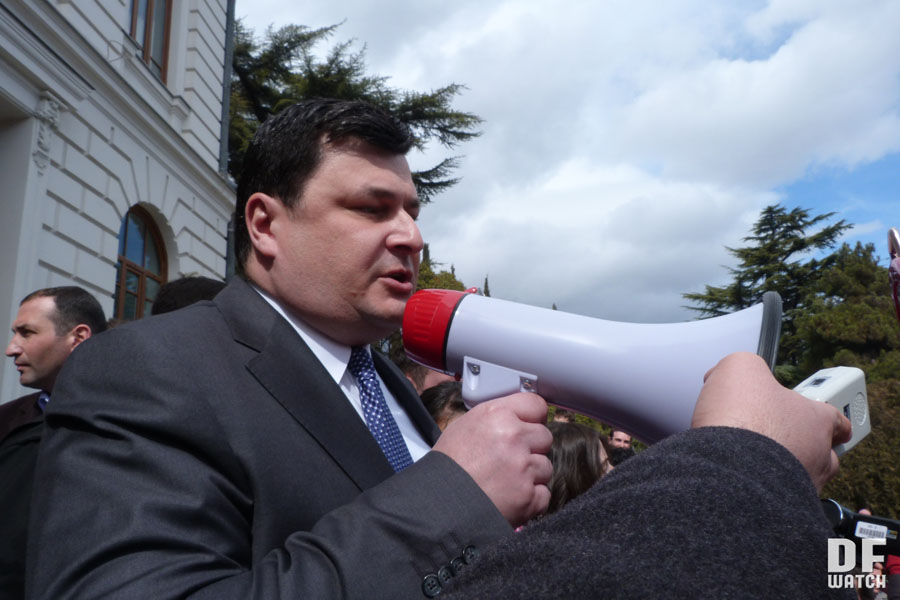 TSU Rector Alexandre Kvitashvili said the incident will be met with measures, and if necessary he will leave his position, because he doesn't want to work in a place where students are being oppressed. (Photo: Mari Nikuradze.)

But Zviad Mamporia, one of the two who were beaten, had to be submitted to hospital due to brain concussion and spine injuries.

Ustarasvhili says he and his two friends were going to the eighth building of the university. While half way there, around eight persons approached them. He recognized the vice president among them, and another member of the student’s union.

The group took his two friends away, when he managed to escape and call the police. The beaten students were ordered to wash their faces and then let go, while the attackers went in hiding.

Slightly less than a year ago, members of the student’s union at Tbilisi State University also beat students.

Beka Gabadadze remembers how he and his friends were beaten by a group of twenty. As the same pattern repeats itself, there are questions raised about whether the student’s union have trouble with being criticized.

The interior ministry released a statement about the incident. 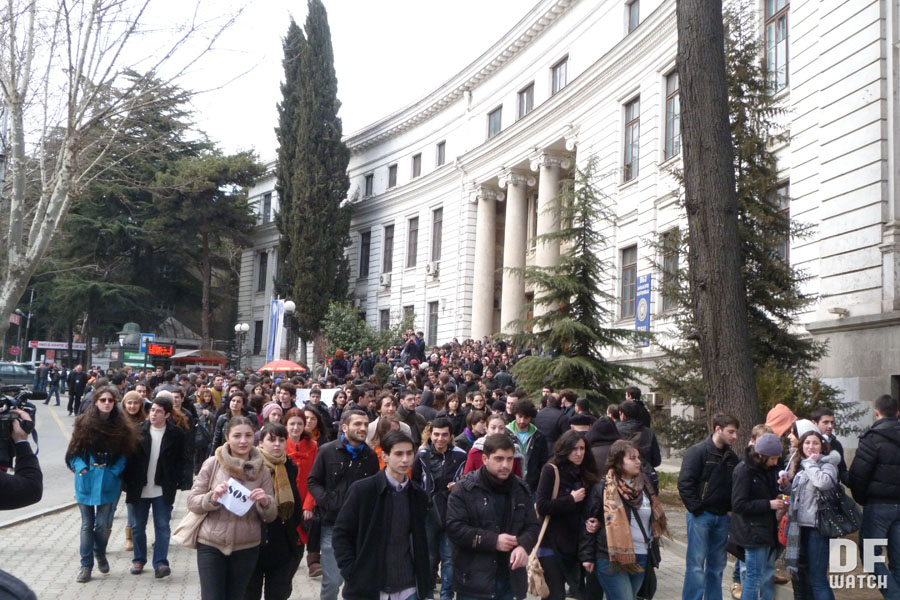 The crowd held out for several hours in front of the university building, and are continuing the demonstration Friday. (Photo: Mari Nikuradze.)

“Taking into consideration the age of the individuals involved in the above mentioned fact, it was decided to issue a warning act, according to which police has called on those involved in confrontation to act within the frames of law and order. The police has also warned the students that in case the same action is repeated, strict measures would be imposed by police as provided by the law,” it says, but it should be noted that these people are of full legal age.

Thursday, up to five hundred students gathered in front of the Tbilisi State University building to protest against the student union’s actions.

The crowd remained for several hours expressing their protest using whistles and banners.

Som of them read “You cannot make us silent,” “No to violence”, and “I am student too, so beat me”.

The activists called on the university rector, the former health minister Alexandre Kvitashvili, to speak to them, and he soon came out from his office to address the students.

“This will be suspending student’s status, exclusion or anything else I promise you that it will be followed by measures. It won’t be a case which will so easily pass by,’ he said adding ‘This will be an example and if this example will need me to leave this place, I will do this too. I don’t want to work where my student are being oppressed” the rector said through a loudspeaker.

He apologized to the affected student. At the meeting they agreed to hold an information meeting with the rector every month. He promised to hold the first meeting on March 20.

The protest will continue Friday.