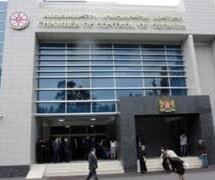 TBILISI, DFWatch–Two persons are injured after a shooting incident at noon Monday in front of the National Enforcement Bureau in Tbilisi.

The enforcement bureau said the shooting was not related to them but a confrontation between private individuals.

Witness Vladimer Shengelia recounted a confrontation involving three persons which started in the hall of the bureau. Then they moved outside and the sound of shooting was heard.

“We saw that the attacker approached the [other] two from behind. You could say that he shot from the side. Afterward, a person accompanying the injured shot the attacker and injured him. So there was a double shooting. I heard about 8 or 9 shots,” Interpressnews quoted him saying.

Investigators are currently working at the crime scene. Police seized a weapon, but it is still unknown who it belongs to.

The two who were injured are at the hospital. They are not employees of the enforcement bureau, a government agency tasked with seizure of property for example in case of debt default.