Two die as car plunges into river in southwest Georgia

Two die as car plunges into river in southwest Georgia 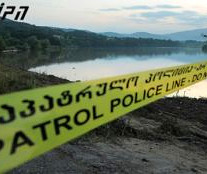 TBILISI, DFWatch–Two men died in a car accident in a mountainous area in the southwest of Georgia on Monday. One woman survived and was taken to hospital.

The accident happened in Keda, a municipality in the Adjara region.

The local gamgebeli Davit Dumbadze told Interpressnews that the car veered off the road in the village Tskhomorisi, probably in a sharp turn.

“Unfortunately, the driver lost control of the steering wheel and the car plunged into the river. Rescuer workers managed to save the woman, but two men died.”

According to Dumbadze that there had been about 60 reports in the past of cars ending up in the river on the exact same spot.