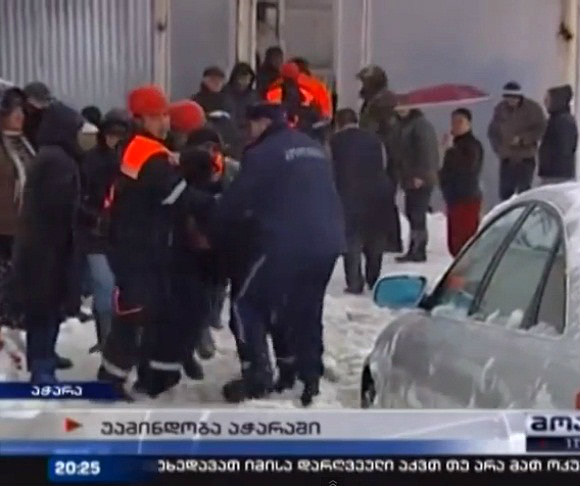 TBILISI, DFWatch–Two persons have died after a roof of a greenhouse collapsed in Georgia because of bad weather.

The accident happened Monday evening in the village Salibauri in the Adjara region and was caused by strong wind and heavy snowfall.

Two women, aged 35 and 50, died when the roof of a citrus manufacturing plant fell down. Both died on spot. Up to ten others were injured.

A reporter for Georgian Public Broadcaster (GPB) said about 40 employees were trapped in the ruins. 10 were injured and five of them were sent to the hospital in Batumi. They do not have life threatening injuries.

Tariel Janirovi, the owner of the warehouse, told GPB that his employees were working to take care of the tomatoes inside the collapsed building. He said the construction of the warehouse seemed perfect, but now he hopes the investigation will show what happened.

There is no electricity in Batumi and the snow cover is 20 centimeters thick. Road traffic is restricted and schools are closed.