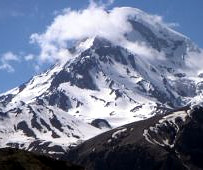 TBILISI, DFWatch–Two Austrian climbers were found dead on Thursday in a mountain region in Georgia. The two apparently froze to death.

The two tourists, a man and a woman, camped near the hill for several days. They left the camp on Wednesday to head toward Mkinvartsveri peak. After that, contact with them was lost.

Other climbers in the camp contacted the emergency service.

They assume that the two lost track and probably froze to death.

The bodies were found at 4,900 meters above sea level. They were transferred to the morgue in Kazbegi.

The Kazbegi mountains is one of the most popular tourists attractions in Georgia. Many climbers come here to conquer the hills of the mountain range in the northern part of Georgia.

But some trips end with accidents and sometimes casualties.