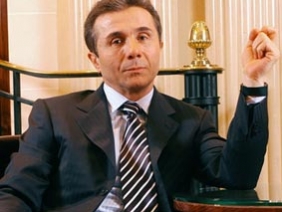 The public broadcaster and two independent TV stations are competing to carry the political debut of Georgia’s richest man.

First, the public broadcaster released a statement saying it invites the Georgian billionaire on to their Channel 1 to answer the questions from journalists. The financier had asked before the weekend to be let on the channel.

“Ivanishvili requested to speak on the Public Broadcaster. Naturally, the broadcaster has not refused this request,” the statement reads. “A meeting was held today between the spokesman of Ivanishvili and the general director of the public broadcaster. The broadcaster reiterated that is ready to let the businessman have air time in a talk show format.”

The exact format is yet to be agreed, but Bidzina Ivanishvili is ready to answer journalists’s questions in any format, according to a statement published October 8 by his spokesman. The public broadcaster however only wants to let him on in one of their three talk shows.

“We offer one of the three talk show formats. Now he and we must be satisfied with the formats that are currently available in the Public Broadcaster,” Khatuna Berdzenishvili, manager of the information office at Georgia’s Public Broadcaster told DFWatch.

Her channel’s statement says that Mr. Ivanishvili should come to the studio himself, and not send any of his trustees. The interview must also be broadcasted live from their studio.

“We are waiting for the response to this proposal from Ivanishvili’s press office,” GPB’s statement says.

Georgian billionaire Bidzina Ivanishvili is probably the richest person in the whole of South Caucasus, and enjoys considerable respect in Georgian society after years of charitable efforts particularly in his native Sachkhere region. October 7 the businessman committed his wealth and reputation behind the one goal of unseating president Mikheil Saakashvili through elections.

In the statement he sets out the goals of a new political party to challenge the ruling National Movement, and accuses the government of corruption, terror against business and total control over media.

Ivanishvili devoted particular attention to two Tbilisi-based TV stations; Maestro and Kavkazia, which are critical of the government. Ivanishvili claims that they are controlled by president Saakashvili, and calls them “pseudo-oppositional”.

He offered their owners to buy the stations for three times the market value and share airtime 50/50, but the stations just slammed his proposal.

But today Maestro and Kavkazia came back with their own proposal: The two have teamed up in an effort to host the debut of Ivanishvili instead of the public broadcaster, emphasizing that they can do it on freer terms. While the latter only offered to let the businessman appear on one of their three regular talk shows, the cable channels will clear the airwaves for a special broadcast.

Maestro and Kavkazia  offer a “different and wider” format, where journalists from other media outlets are welcome to join in. What’s more, they promise to organize the event in the shortest possible time, according to a statement released hours after GPB’s offer.

Their limitations as being cable stations can be overcome, as the station is also available via satellite, and thereby Ivanishvili should — in theory, at least — be able to reach the whole country.

“Both channels are ready for this event. We are ready to involve all other interested media outlets, radio stations and Internet broadcasters,” today’s statement reads.

Meanwhile, the financier-come-politician is satisfied with the impact he has had so far, and prepares to publish his second statement tomorrow, and has suggested to hold the TV event on Friday.

“The first Ivanishvili statement has received great feedback from the public which we have been assessing. On October 12 he will make an appeal to the public, which will explain his position on different political topics, media outlets and other political institutions,” read an October 8 statement from the businessmans spokesman Irakli Tripolsky.