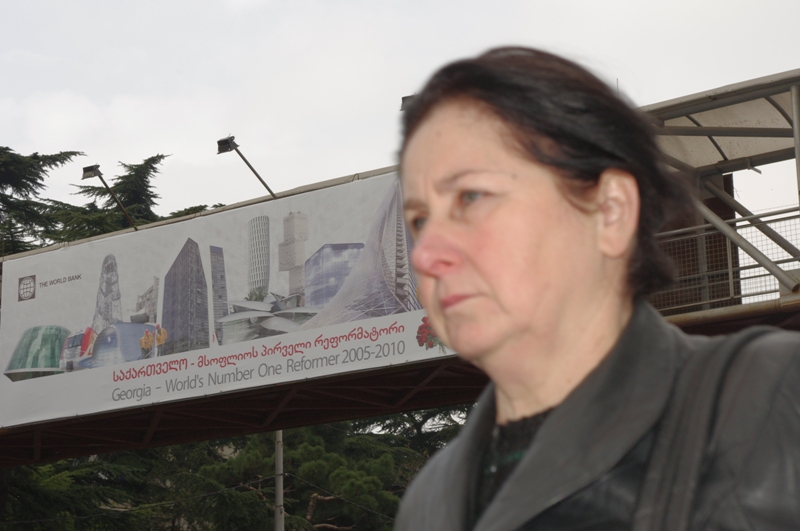 Two thirds of Georgians think of themselves as unemployed. Living conditions are so dire that the question of territorial integrity has become secondary.

The three top priorities for people living in the southern Caucasus nation are jobs, rising prices and the country’s territorial integrity, according to Navarro. What’s new since last poll six months ago is that the number of people concerned about living standard has increased, replacing the question of territorial integrity as a top worry.

When it comes to the capital, employment takes the top slot, followed by the question of attaching a waste handling tax on electricity bills in Tbilisi. The issue of kinder gardens also ranks highly among what Tbilisians are thinking about these days.

Two thirds of the Georgian population consider themselves unemployed. The number of unemployed women is particularly high. Looking at how this pans out over the different age groups, middle-aged people has the highest percentage who consider themselves employed, followed by younger people. Elderly people tend to count themselves as not part of the labor force.

To the question “Do you consider yourself employed?”, 67% answered no; 33% yes. The results show that 36-55 years old people are generally more likely to be employed. In that group, the unemployed are in minority. To the question “What fits best to describe your situation today?” 45% answered: “I’m unemployed and looking for a job”.

Although socal conditions and unemployment is the main worry for those surveyed and the government has committed to resolving them, they still think that the government is implementing significant changes, though this mostly applies to the central government.

“This is the first time there are more people who believe there is democracy in Georgia than do not. However, it is not absolute majority,” Luis Navarro says about democracy development in the county.

When interviewees were asked “Is there democracy in Georgia?”, 45% answered yes, while 39% no. Six months ago in March, 2011, the same question received 44% negative answers and 39% positive ones, according to the NDI survey.

Another question asked was: “What does democracy mean to you?” For the majority of those surveyed, democracy means freedom of speech, freedom of the media and listening to different opinions.

For the majority, the country is democratic but still needs further development in this regard. Others think Georgia is not democratic but is being developed in a democratic direction.

The NDI doesn’t publish all the results of these periodic polls, but whenever one is carried out the country director habitually gathers the media to present some selected results from it. These are the main trends of the survey, according to Navarro, who thinks the most important of his figures are the findings regarding public opinion about democratic and social issues. But he can’t go into these results.

The poll was carried out by the Caucasus Research Resource Center (CRRC) who interviewed a total of 2.425 people in September in all parts of the country. The Swedish International Development Cooperation Agency (SIDA) financed it. NDI is an organization created and funded by the United States’ government through the National Endowment for Democracy in order to further democracy around the world.