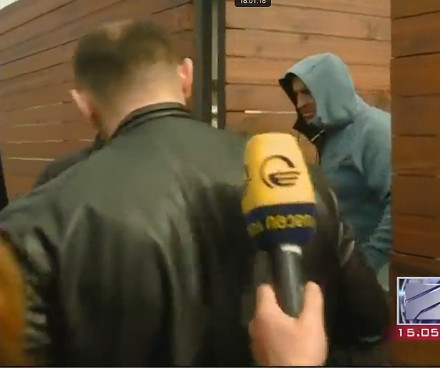 TBILISI, DFWatch–The head of Georgia’s state audit office refused to be questioned by police on Monday, after alleging that a former chief prosecutor attacked him at a bar Friday night.

Lasha Tordia excused himself on the grounds of his poor health condition after Friday’s incident at the bar El Centro near Freedom Square.

But the auditor in chief also said he has no confidence in neither the police nor the Prosecutor General’s Office.

“I suspect that citizen Otar Partskhaladze and the Chief Prosecutor’s Office are acting in agreement,” Tordia told journalists, adding that he had ‘less than minimal’ confidence in the official investigation.

Tordia, who heads the State Audit Office of Georgia (SAOG), claims he was physically assaulted by Partskhaladze, who was chief prosecutor in 2012-2013, at El Centro Friday night and that the attack was related to an investigation SAOG has been conducting into a land plot scheme in which Partskhaladze’s name was mentioned.

In initial media comments from the hospital after the incident, Tordia pledged to reveal the details of the investigation on Monday. However, he later said that due to his ill health he would do it later.

The auditor in chief was released from the hospital on Monday. Doctors say he suffered a brain concussion and closed head injury.

Partskhaladze hadn’t commented on the issue until Sunday, when 1tv.ge published an open letter by him. In the letter, the former chief prosecutor denies accusations of wrongdoing and claims that the fight was provoked by a drunken Tordia.

His lawyer said on Monday that he will probably hold a press conference the next day and lay out the facts which prove Partskhaladze’s innocence.

The former prosecutor himself has so far shunned publicity and not responded to journalists who have gathered at the entrance to his home (pictured).