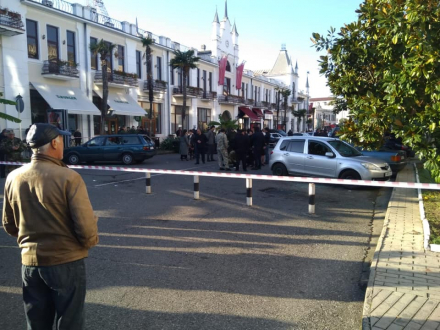 A mass police operation is underway in the breakaway Abkhazia in the wake of mass shooting in Sokhumi where three people were murdered and at least three others were wounded on Friday.

The shootout occurred at the restaurant San-Remo in Sokhumi center on afternoon. Reportedly a group of masked men opened fire in the direction of the restaurant from a car.

The police have mobilized its forces to intercept perpetrators but found only a burnt car in the vicinity of railway depot.

The roads, bridges and checkpoints are blocked by the police. Strictest control has been imposed on customs checkpoint. Reportedly, the breakaway authorities have tentatively shut down a checkpoint on the Enguri River.

Motives of the crime and identity of people killed are still unknown.