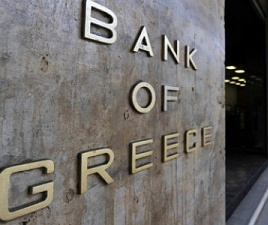 TBILISI, DFWatch–The crisis in Greece has also hit hard for as many as 200,000 Georgians who are living and working in the country, and their families back home in Georgia.

Money transfers are currently halted, as well as trailer transport. The crisis in Greece is causing problems for Georgia in two ways. First, Greece is the second most popular country for Georgians to go for work, either legally or illegally, and a large part of money transfers to Georgia therefore originates from expats there.

Unofficial estimates indicate that about 200,000 Georgians are living in Greece, second only to Russia, which has the largest number of Georgian laborers.

About USD 17 million is transferred from Greece to Georgian per month. There is no information about what amount of money is transferred in cash. Nato Aleksidze, one of the Georgians living in Greece, tells DFWatch that some of the Georgians usually give money to others who are coming to Georgia, in cash, especially those who have low salaries and want to avoid additional taxes.

Economy and financial analysts see two problems in this situation. One is the condition of Georgians in Greece and the second problem is that there are obligations which are having a negative impact on the economy of country.

Georgians living in Greece have problems getting their salaries and since they usually send all their earnings to families in Georgia they are left with no money.

Aleksidze, who lives in Athens, says that she hasn’t lost her job yet, but she doesn’t know when she will be paid and how much.

But another Georgian, Sopo Kakhiani, tells us that she was fired and is unemployed from June 1. She has no house and cannot return to Georgia.

A third Georgian we talked to, Nino Gogilashvili, told us via Facebook that her family is unable to send her money from Georgia, not only because they don’t have the money, but also because the banks are not working there and they won’t be able to withdraw the money.

“I’ve been here several years. There were problems, but not like this. I know many people who are here and everybody is in the same situation. No-one is left who doesn’t have any problems,” Gogilashvili remarks.

Davit Kereserildze, a spokesperson for the Foreign Ministry, said at a briefing on Monday that Georgia is not able to help Georgians in Greece.

“We cannot offer anything but kind wishes,” he said.

During Monday, ruling coalition MPs made statements calling for action from the executive government. It is necessary to start negotiations with the government of Greece, they urged.

However, at the end of the day,, Foreign Ministry representatives couldn’t say anything specific to DF Watch, no certain plans or actions.

Financial analysts say another problem will be halted money transfers from Greece.

Roman Gotsiridze, Head of the Economic Development Center, tells us that at first money transfers to Georgia will be reduced by 4 or 5 million, but the biggest problem is if there is a long-term crisis in Greece, which will result in Georgians there becoming unemployed.

Families of emigrants in Greece will find themselves in a difficult economic situation and this will further be reflected in a lack of ability to fulfill their bank obligations, which can cause problems for banks as well.

“We don’t know precisely who many of those 200,000 have bank obligations and how many of them won’t be able to pay. So it is hard to predict whether it can seriously affect banks or not. But we can say for sure that this will have a quite negative impact on their families and be one more problem for our economy,” he added.