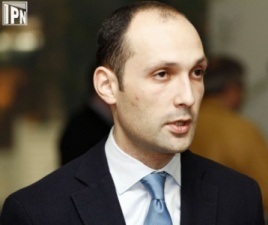 TBILISI, DFWatch–A third team of Russian experts are coming to Georgia on September 16 to check the quality of wine and mineral water.

The experts come from the consumer protection agency Rospotrebnadzor and will check approximately 30 Georgian wine and mineral water companies that have not already been approved for export to Russia.

Among the 30 companies are five mineral water companies; the rest are wine and beer manufacturers. The visit will last for one week, and the experts will visit production facilities in the regions Racha, Adjara, Kartli and Kakheti.

Levan Davitashvili, head of the Georgian Wine Agency, told Interpressnews that four mineral companies and 65 alcohol producing companies have so far been approved by Russia.

According to Rospotrebnadzor, 14 companies out of 34 exported four million liters of alcohol to Russia in 2013.

After the change of government in Georgia in 2012, the two parties started talks to renew export of Georgian wine and mineral water to Russia.

Shalva Pipia, Minister of Agriculture, on Tuesday told journalists that a few days ago, the first pack of bay leaves was exported to Russia, and the government is working to facilitate export of other agricultural products soon.