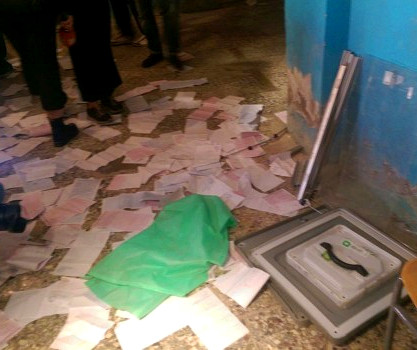 TBILISI, DFWatch–Police in Georgia on Thursday arrested a third person for creating a disturbance at an election precinct near Zugdidi during the parliamentary election on October 8.

Deputy Interior Minister Shalva Khutsishvili told journalists on Friday that the detainee attacked a foreign election observer during the incident,
which took place at a precinct in the village Jikhashkari.

“The victim recognized this person only now, because the observer wasn’t in Georgia,” he said.

Two people were arrested on October 12 for disrupting the voting process in Jikhashkari.

There were also disruptions at the 108th and 79th election precincts, both of which held repeat elections on October 22.