The lords of the streets and their big black cars

The lords of the streets and their big black cars 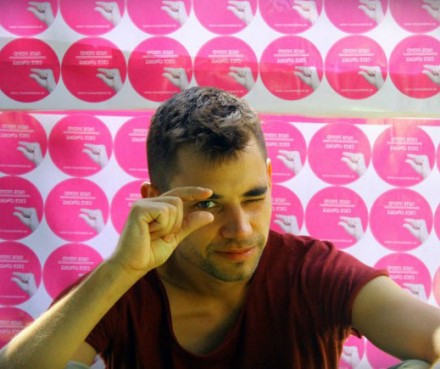 Photo from the young environmentalists’ social campaign against big cars

In western Europe, people in cities opt for small, economy class cars. But Tbilisi is clogged with huge SUVs, which are more suitable for off-road travels than for daily home-work-home commute.

And with big cars, come omnipotent drivers. They think that it is fine to block a narrow street in the Old Town by stopping by a shop, or to park in the middle of a pavement. They strongly believe, that they are always right, whether they speed, ignore zebra crossings or force people jump out of their way, when they slide to a side street without bothering to blink a turn signal even once.

Why is it important to have the biggest car in the neighborhood? One possible explanation dates back to the Soviet past. Then  a car was more than just a status symbol, because it also offered a degree of personal autonomy and privacy in otherwise strongly regulated society.

Ukrainian economist Svitlana Repina in her analysis of conspicuous consumption in post-soviet Ukraine adds that a thirst for luxury goods usually appears during the period of primary accumulation of capital. 70 years of communism resulted in absence of ‘old bourgeoisie’ (or families who run their business over many years, and therefore own large capital), who do not need to prove their financial and social status with luxury goods, as their family name speaks for itself, Repina argues. And the emerging new bourgeoisie, on the contrary, depends on luxury goods to back up their new rank in the society and separate them from the poor, who cannot afford buying such things. In social welfare states, where the middle-class is numerous and powerful, social segregation is less visible, and the rich do not need to remind constantly of their higher status by purchasing expensive things. 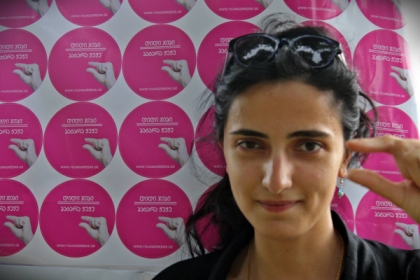 Photo from the young environmentalists’ social campaign against big cars

To put it in other words, Georgians (as well as other post-soviets) crave for recognition and for alleged higher social status by showing-off with fancy cars. Even if they can not afford it.

Officially, an average nominal monthly salary in Georgia is between GEL700 and GEL800 (it was GEL731 in 2013). But other surveys show that 34% of Tbilisians have no personal income at all, and only 11% earn more than GEL700 per month.

Hence the only way is to borrow from friends, family or a bank. According to the National Bank of Georgia, in ten years (2004-2014) Georgians borrowed over 1.5 bn GEL for transport and communication expenses. Last year, they borrowed about 200 mn GEL, and almost 300 mn GEL in 2013.

Some Georgians seem to have had enough of it. Several months ago, an environmental NGO ‘Georgian Young Greens’ has started a social campaign called ‘A big car = a small weenie’ (დიდი ჯიპი = პატარა ჭუჭუ), directed against the ridiculous obsession with the enormous cars in Georgia, which drives from a need to establish one’s authority and social status, and negative environmental impact of these vehicles.

They put stickers with this slogan around Tbilisi, and encouraged people to take pictures mocking the perceived manhood of big car owners.

As Eka Mghebrishvili from the ‘Georgian Young Greens’  said, the campaign did not bring any visible changes to the streets of Tbilisi. But at least it sparkled public discussions. “Some Georgians hated it.  They were angry and insulted because of our reference to penis size, as they clearly have not read our manifesto. However, the other half see our cause and support it.”

Of course, the lords of Tbilisi streets will not be pushed out by several stickers or photos online. But maybe the revolt is on its way?