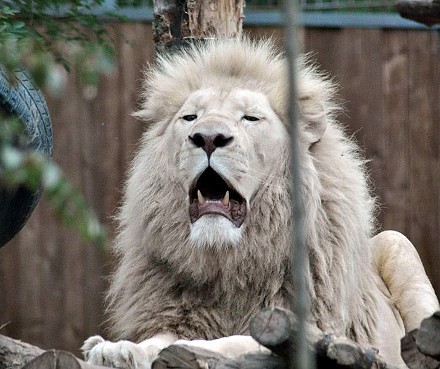 The zoo’s management held an opening exhibition with pictures of the animals that either drowned or were killed, and presented a report of the work carried out in the last three three months and future plans.

According to director Zurab Gurielidze, partner zoos from several countries have assisted Tbilisi Zoo and in the spring there will be new animals.

The only open section of the zoo is the upper part which houses reptiles, birds, elephants, lions, a panther, as well as the famous hippopotamus which made headlines in world media in June.

Part of the adventure park was also saved and is now open, welcoming kids to enjoy their stay at the zoo.

Among the lonesome cages near the south part of the zoo there are stacks of construction material and machinery and workers are still trying to clean up and repair what was damaged in the flood.

A destroyed ferris wheel stands in the middle of an empty field like a reminder of what happened.

Sunday, the zoo was full of visitors as parents told stories to their kids wondering what had happened to the zoo and how the brave hippo Beglar was as it managed to survive. Some rushed to see the tiny penguins hiding in their little homes.

Meanwhile, on the back side of the zoo, workers almost finished restoring the highway which runs alongside the river that was flooded. It will be partly opened on Monday.

There are 19 confirmed deaths after the flood, while three are still missing.