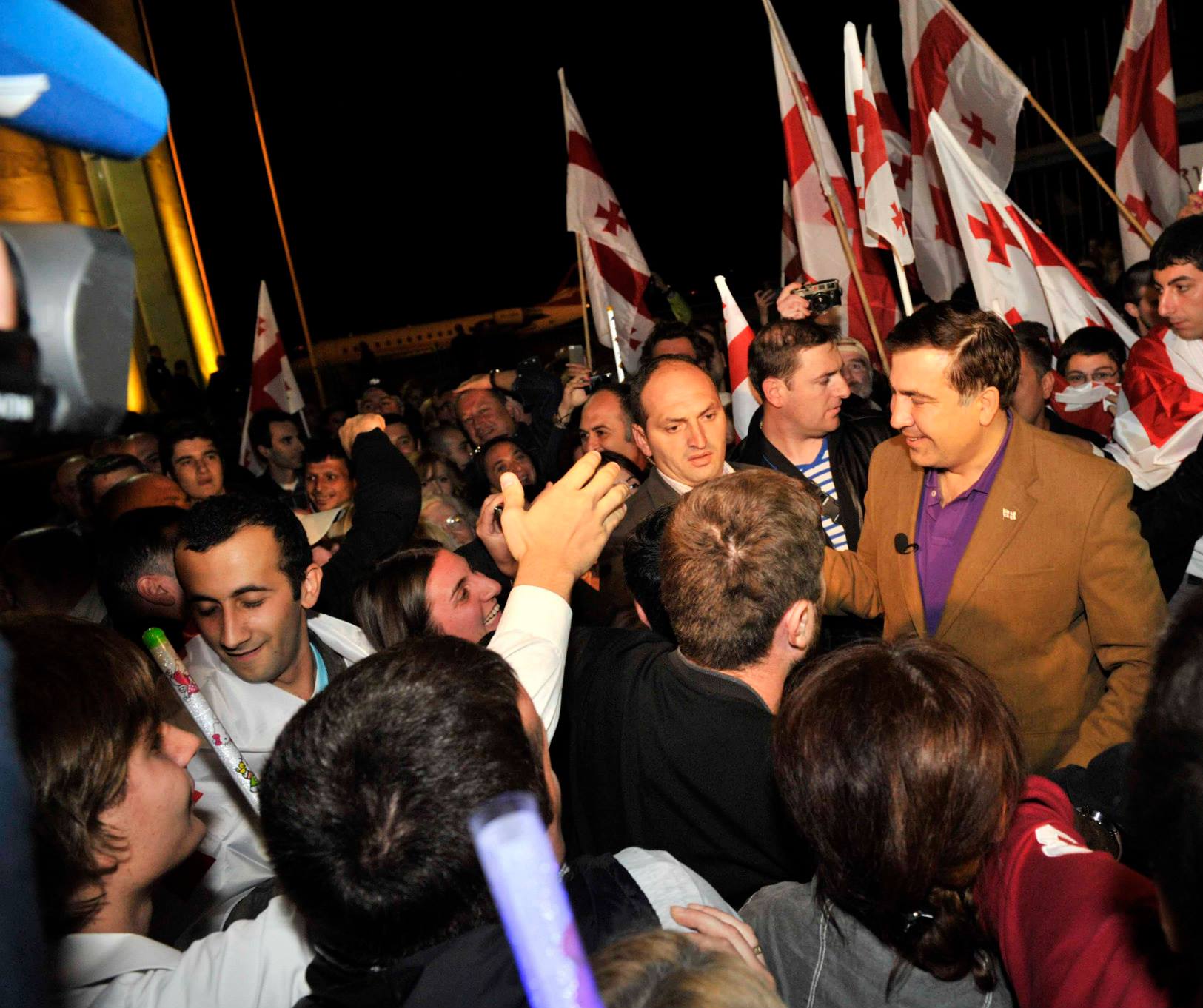 Many were pleased with the speech President Saakashvili held at the UN recently. (Saakashvili’s Facebook page.)

TBILISI, DFWatch–President Mikheil Saakashvili was given a hero’s welcome at Tbilisi airport Sunday, but outside the old parliament building protesters burnt an effigy of him.

A crowd greeted Saakashvili as he arrived at the airport on Sunday night. They said that the president held a powerful speech at the UN a few days ago and were there to show their gratitude.

The president stopped to talk with some in the crowd.

“The president held a perfect speech at the UN, and we, so many people have gathered here to welcome our beloved president,” said one of the participants. 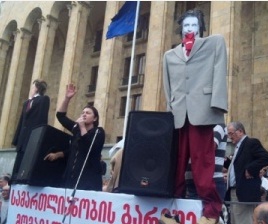 Outside parliament, demonstrators demanded that former officials are brought to justice. (Interpressnews.)

“Georgia must continue its way to Europe and Mikheil Saakashvili is a person who got Georgia closer to Europe.”

But earlier in the day, others held a more negative view of the president’s nine year rule. The rally outside parliament was organized by the movement Save the Life which demands answers to the following questions: when justice will be restored, as was promised; whether there will be criminal responsibility for former officials, especially those who participated in punitive operations like May 26, 2011; when the government will solve the issue of private property owners which were illegally deprived of their property during the previous government.

They also want to know if the government will solve the problems of refugees.