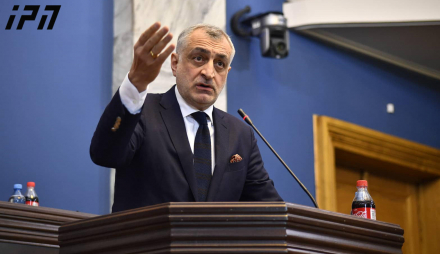 TBILISI, DFWatch–The Georgian government’s reputation for interfering in business was further strengthened on Monday as the founder of the country’s largest bank accused several named officials of trying to force the bank to help in the election campaign.

Mamuka Khazaradze, the founder of Georgia’s largest bank, TBC, has accused the authorities of trying to threaten the bank of supporting its preferred candidate for president in last year’s tense election campaign.

He specifically accused the minister of internal affairs, as well as the president and vice president of Georgia’s National Bank.

“Before the second round of the elections I received a letter from a senior official containing direct threats that they would ruin our reputation both on a national and international level,” Khazaradze said during a session of the finance and budget committee in parliament. 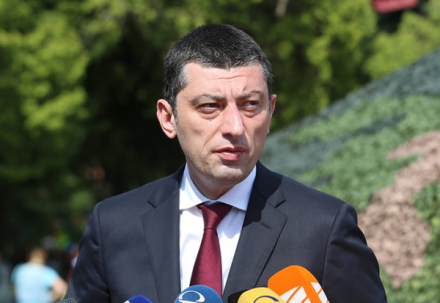 The opposition has often accused Gakharia of interfering in the government’s affairs on behalf of billionaire Bidzina Ivanishvili, who is widely regarded as a puppetmaster of Georgian politics. Khazaradze’s allegations therefore triggered strong reactions in the parliament.

Khazaradze declined to make the letter public, explaining that he doesn’t believe there would be a real investigation, but added that he would do so if a special investigative body is established.

“This was a privileged businessman’s attempts to gain immunity from the wrath of parliament,” he said.

Khazaradze and his deputy, Badri Japaridze, are under investigation for alleged money laundering, a case dating back to 2008. In February, the NBG ordered to suspend the signature rights of Mamuka Khazaradze and Badri Japaridze, Chairman and Deputy Chairman of TBC Bank’s supervisory board, respectively. At the same time, a two month term was given to the bank’s general meeting of shareholders to dismiss the the two administrators from the supervisory board. The two later resigned.

Khazaradze told the committee on Monday that he didn’t follow the orders and claimed the ensuing ‘persecution’ was a direct consequence of his refusal to submit to threats. Earlier he said that had to resign from his office in order not to harm the bank’s shareholders who sustained major losses as a result of the ongoing investigation which seriously damaged their reputation.

He said that he talked about this threats during his interrogation at the Prosecutor’s Office but the prosecutors overlooked the issue. The POG immediately responded by refuting the allegations and asserting that Khazaradze will be invited there for questioning.

The United National Movement, Georgia’s largest opposition party, has demanded Gakharia’s resignation and that a criminal investigation is launched into the case.

Khazaradze claims the bank was ordered to participate in a highly controversial debt relief program. After the candidate backed by the Georgian Dream, the ruling party, won by a tiny margin in the first round of the presidential elections in October, 2018, the government announced a debt relief program for 600,000 people financed by a private foundation affiliated with Ivanishvili, who is leader of the ruling party. The program was criticized by local and foreign observers and viewed by many as an attempt at vote-buying. Many observers believe this program was instrumental in the victory of GD’s preferred candidate Salome Zurabishvili in the runoff election.