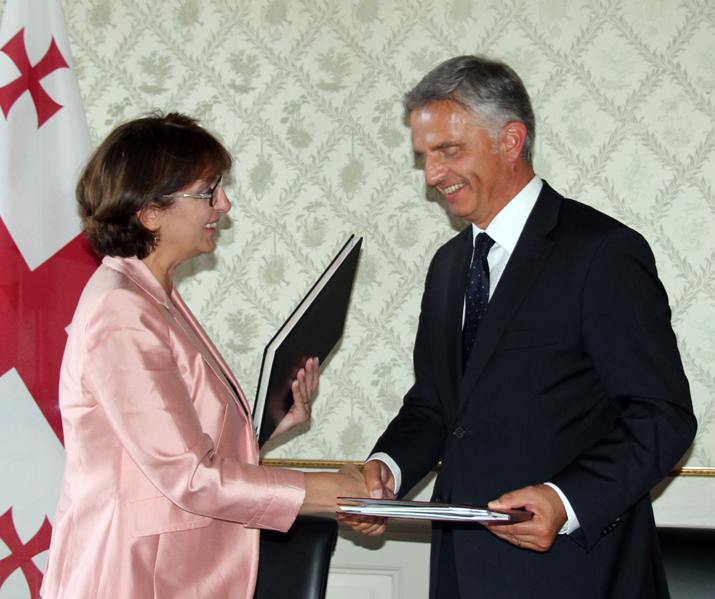 TBILISI, DFWatch–Georgia and Switzerland has signed an agreement about simplifying procedures for the issuing of visas between the two countries.

Foreign Minister Maia Panjikidze signed the agreement during a visit to her Swiss colleague Didier Burkhalter, according to the Ministry of Foreign Affairs.

During a working dinner, the parties discussed bilateral relations and the importance of developing trade and economic relations.

According to the ministry, Switzerland is actively cooperating with Georgia in carrying out structural changes in the ministry, and the minister held meetings in Bern in order to study the Swiss model.

Georgia unilaterally allows visa free travel for citizens of more than 80 countries, and is in negotiations with the EU about visa liberalization.