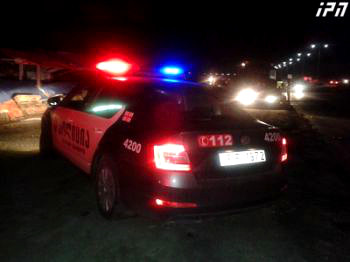 TBILISI, DFWatch–Police in Tbilisi arrested a man on Tuesday who is accused of murdering his wife the day before.

The 36 year old man is charged with premeditated murder. According to the Ministry of Internal Affairs, he has several past convictions.

The man shot his wife on June 6 outside the hotel where she was working in the Tbilisi district of Isani. After the shooting, he escaped from the scene. Investigators claim the motive was jealousy.

The woman, also 36, died in the hospital.

Some journalists reported that the two were divorced.