Suspect in Batumi murder of girl, 16, detained in Iran

Suspect in Batumi murder of girl, 16, detained in Iran 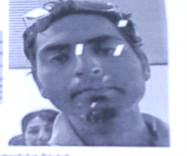 Mohamadamin Ruintan is suspected of having murdered a 16 year old girl, Mariam Kochalidze, in July 2013. (Ministry of Internal Affairs.)

TBILISI, DFWatch–Iran has detained the suspect in the murder of a 16 year old girl in Batumi in July, 2013.

Mariam Kochalidze was found dead with her throat slashed and a large stone on her back near the new boulevard in Batumi, a city on the Black Sea coast.

The 28-year old Iranian suspect in the murder was identified as Mohamadamin Ruintan. He came to Georgia from Turkey on June, 23 entering at Sarpi, according to the Interior Ministry. He went back to Turkey on the day of the murder.

Batumi City Court sentenced him to pre-trial detention in absentia.

On Wednesday, Interpol’s Georgian bureau received a letter from the organization’s office in Tehran, saying that Ruintan had been detained. The letter says that there was no record of the suspect crossing into Iran, so he might have entered illegally.

Local police say Ruintan may have committed another murder of an underage boy. Police detained him a few hours after the murder.

Interpol announced a search for the suspect on October 24, 2013.