Strengthening the European Agenda – A view from Georgia

Strengthening the European Agenda – A view from Georgia 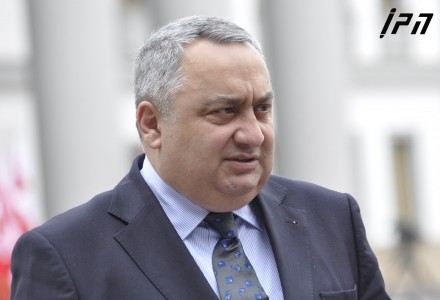 Zviad Kvachantiradze is MP and Leader of Majority in the Parliament of Georgia; Co-Chair of EU-Georgia Parliamentary Association Committee; Ambassador (IPN)

In today’s world, the citizens as well as the leaders of organisations are faced with ever dynamic and fast shifting socio-economic and political climates, individuals as well as organisations are challenged to their limits in terms of successful and sustainable leadership to navigate within such a turbulence setting. Leaders, institutions, and citizens are tested by fast paced shifts in socioeconomic and political conditions. Navigating through turbulence is a litmus test.

The scale and speed of financial movements, private sector armed with financial liquidity and highly skilled manpower and driving to maximise the profits, millions of people that could be left out of work by instantly executed decisions, degree of poverty and inequality spread across the globe, the regional wars that beside human casualty causing massive human exoduses, large scale unemployment hence alienation of individuals. Adding to that the new generation of terrorism, which is becoming almost like a global threat. In the private sector too, the drive to mobilize capital and skilled labour to maximize profits if often pitted against the stability of the job market, in terms of numbers and quality. Split-of-a-second executive decisions can have an immediate effect on millions of jobs. The sheer scale and volatility of global labour markets amplifies inequality and can very easily trigger mass migratory movements. Terrorism comes to add to this inherent volatility.

The role of national and corporate leaders is often to envision and mitigate risk, contributing to stability and prosperity.

The European Union’s model of leadership has time and again proved that upholding democratic values, the rule of law, while ensuring quality stakeholder engagement can deliver sustainable wealth creation and social cohesion. Europe provides peace and growth, while EU member states have unmatched standards of individual and social rights, including education and healthcare.

In the context of an association and/or enlargement policies, a period of transition and assimilation of that model of governance is inevitably far reaching. At times, harmonization and convergence comes at a dear price. But, engagement in a community that has catalysed the emergence of the world’s most successful economy while securing peace for 70 years is probably worth the investment and the commitment. The Union has been engaged in harmonisation and convergence of policies, laws and directives it was only inevitable that some price had to be paid by those most developed countries. Considering the peace and stability in Europe within the last 70 years enabled the creation of the world’s most successful economy and that cost of harmonisation is the money that is well spent.

Despite all the success of European cause, at times some sections of society tilting towards scepticism which finally forced Britain to go to the referendum to ask the citizens if they like to stay within the Union or exit. Notwithstanding that success, Britain goes to the polls with an “in” or “out” question on June 23rd.

The concerns and the realities of the good governance, responsibility, transparency and accountability are topics that not only within the EU, but all organisations around the globe must be paying more attention to. The key consideration is that EU, as a platform provides ample opportunity to address and solve those issues more so than any. Of course the question of good governance, accountability, and transparency that dominate that referendum debate go beyond Europe. They are a challenge to every political or corporate organization. What is key in this discussion is that the EU as a structure consults and provides multiple opportunities for negotiation, conflict management, and compromise at all levels.

The European policy agenda is not strictly economic, it is also linked to values and security. And it would be a great loss, moral, economic, and in terms of security if Britons chose to abandon the project of European Integration. During the Second World War Georgia suffered the highest per capita loss of life. We all fought against the evil of fascism and the challenges we face today are no smaller than those before us 70 years ago.

The world does change.

“Change” is consonant that qualifies real life movement as either a progression or regression. We all need to act reasonably and responsibly.

Marshall McLuhan accurately predicted the emergence of a “global community” in the mid sixties. The advancement and development in information technology brings the dawn of a new age; instant communication allows us to learn and disseminate facts in real time, through a variety of alternative media channels, learn, adjust and react as we see fit.

Today we have the unique opportunity to hone cross border intercultural understanding, cultivate interpersonal relationships, appreciate the uniqueness of cultural heritage, and do business with those we would have never previously met.

However, not all aspirations can be reconciled. The emergence of sectarian groups that have different worldviews are becoming global threat. Those who have become the self-appointed apostles of righteous new world views can also exploit this digital sphere, becoming a potent threat for European civilization. . .

The defence of this civilization is a quest that rests on principles which we have held true for centuries. One of these principles is rule of law and equality before that law, that is, citizenship. In defence of this principle, Georgia boasts the contribution of the poet and thinker Ilia Chavchavadze, living and writing in Georgia 150 years ago.

Equality before the law of all and every man is an essential keystone of the foundation, which underpins the orderly edifice of the human society.

Over a century ago, Grigol Robakidze spoke about Georgia’s westward looking civilization.

“Loosened from the east, we have always aspired towards the west. Every turn in our history is marked with this aspiration” Grigol Robakidze.

In 1895, Noe Zhordania,reflecting on the future of Georgia submitted the following thoughts:

“For us Georgians, who went through one European stage, feudalism, Europe cannot do any harm. It is not our enemy; on the contrary, it is the deepest blood and body of ours. We Europeanize on our own and therefore, we must live together with Europe, in alliance with them”.

Expressing this vision of Europeanization was not merely an intellectual exercise in finding “the other,” but the expression of a determination to follow a particular national path. While the EU as a community is self-reflective and in the process of re-inventing itself, Georgians want to participate in the process, contributing timeless values that have endured the test of change.

Georgians held out of Europe countless invaders from marching into Europe and retain a key East-West transit geo-political position and could mitigate security risks that the EU might be facing in the near future. Georgia is already a keen contributor to European security, participating in EU’s mission in Mali, Afghanistan, and Iraq and is the largest non NATO member contributor of security force.

In parallel, having Georgia in Europe and creating a success story; European influence would travel to South and Eastwards at the speed of light. Reaching to those, yearning for justice, freedom and equality. Spin off effect of Georgian success factor is irreplaceable.

As for today, we as Georgia have a genuine problem with our powerful Northern Neighbour. Almost a quarter of our land is under occupation. History records that the great leaders were good warriors, however in future Great Leaders would be identified as those who made the PEACE. Russians and Georgians have shared some period of history. They at times bitten the bullet and did fight shoulder to shoulder. Once again we call our northern neighbour to come up with an honourable initiative which secures the territorial integrity of Georgia and solve problems between the two states.

Georgian vision is clear. For us the peace and security alongside with the democratic values do matter. We are dedicated to transform our institutions into one of the world class. We in that direction now have in Georgia one of the five leading Institute of Advanced Physics similar to that of CERN in Switzerland where 24 Georgian physicists are working, is only one indication that beside the history, ancient culture, arts and geo-political significance, Georgian human resources are also equalling to the best in the world.

Georgia having achieved Association Agreement, and DCFTA with Europe, deserves “visa free regime” which hopefully will be justified at all EU levels to be implemented without any delay.

Our European friends and partners, we must join our efforts to eradicate risks and utilise opportunities. Georgia is the country you could do business with.

ZVIAD KVATCHANTIRADZE – MP and Leader of Majority in the Parliament of Georgia; Co-Chair of EU-Georgia Parliamentary Association Committee; Ambassador