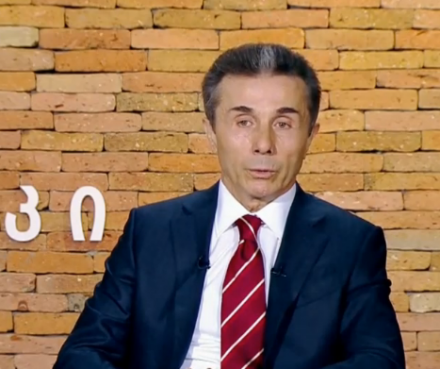 TBILISI, DFWatch–The former prime minister and businessman, Bidzina Ivanishvili discovered ‘a person of his dreams from the time of his youth’ in Prime Minister Giorgi Kvirikashvili, he said during a press conference at TechPark on Tuesday.

He characterized Kvirikashvili as an honest and selfless person who is ready to serve his country.

“Giorgi [Kvirikashvili] is not one of a kind, there are others too, but I can particularly stress that Giorgi is an exceptional person. I have discovered a person of my dreams from the time on my youth in Giorgi. He is so balanced, so humane, generous and at the same time he is a very good manager, professional, and financier. As the head of the government, he has only one focus — to serve to his country,” Ivanishvili said.

He used to praise his successor Irakli Gharibashivli too, when the latter held the post of prime minister. For instance, in February 2014, Ivanishvili said the following:

“Irakli [Gharibashvili] impressed me with his talent. He has chosen a right path, he has enough time and much more energy than I have, he’s working days and nights.”

Ivanishvili met with ten journalists from different TV channels after he complained he couldn’t get an opportunity to speak about his recent open letter in an interview on Public Broadcaster’s Channel 1 and  RFE/RL’s Georgian Service on June 1. Ivanishvili published the letter a few days in advance before the interview with Salome Asatiani, a journalist at RFE/RL’s Georgian language division, which was broadcast on Channel 1.

He discussed the government’s achievements during the past four years after Georgian Dream’s electoral victory to which he contributed as the party’s leader at that time.