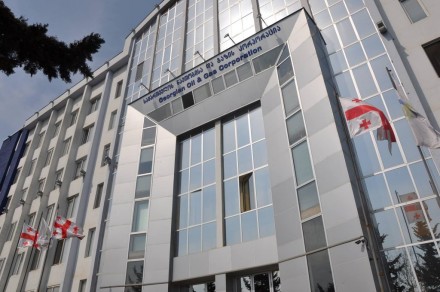 Between 2012 and 2014, the Georgia Oil and Gas Corporation (GOGC) spent 3.8 million lari (about $US2.26 million) to finance patrols watching to make sure nobody was stealing gas from oil or gas pipelines.

The problem was that GOGC had no pipelines under its own direct management during those years.

These and other irregularities are the subject of a Georgia Audit Office report covering the years 2012-2014. The Audit Office said in an interview that at least two of these findings were serious enough that the Georgia Prosecutor’s Office should investigate as possible crimes.

Oil and Gas Corporation thinks audit service report is objective and based on facts, reads the letter sent by corporation to ifact.ge.

The irregularities, which GOGC stated in a letter to ifact.ge that they do not dispute, include:

— From 2012-14, nobody kept track of GPS data for fuel usage by GOGC vehicles, even though GPS devices were installed in all vehicles.

— A contract was given to a company (New Energy LLC) to erect a series of electric towers. The company was paid for moving 546,174 cubic meters of soil. The Audit Service calculated that even if the company worked 24/7, it could have moved only 315,548 cubic meters. The total tower contract was worth 44.5 million lari (about $US27.8 million). The Audit Office suggests this be further investigated.

— Another company (LLC El Georgia 2006) had a contract to build support structures for these towers and a road. The company could not produce any documents on how much work it actually did.  The type of soil the company  says it moved on the project does not exist on this site, according  to geological studies cited by the Audit Office.  The company received 3.9 million lari  (about $US2.4 million). The Audit Office suggests this be further investigated.

Georgian Oil and Gas Corporation LLC was formed in 2006 to consolidate three existing state-owned companies. In 2011, GOGC changed its status to a joint stock corporation, although all shares are controlled by the government of Georgia.

GOGC uses this legal status to define itself as a private company and thus not required to release information that a government agency would be required to share, although oil and gas are natural resources that belong to all Georgian citizens.

“We are not a (government) body, so we are not obliged to share private company information with you,” the company wrote in a letter.

GOGC reported profits from 2012-2014 of 1.2 billion lari (about $US714 million). With government approval, it has expanded beyond oil and gas to become 51 percent shareholder of the Gardibani thermal electricity plant. The Corporation is also an investor in a new wind power project in Georgia.

According to the Audit Report, GOGC had no listed positions for advisers, geologists or technicians. There were also no listed positions for analysts and for any potential projects. In 2013, the Ministry of Finance said in a letter to GOGC that dozens of citizens working before October of 2012 should not have been receiving “huge” salaries from GOGC.

GOGC has announced plans to sell in 2017 as much as 25 percent of its shares to the public through a stock market. If this plan is carried out, the Corporation could no longer claim to be a private company that can withhold information about Georgian natural resources. GOGC says the decision about privatization has not been made yet.

Nino Bakradze is investigative reporter at Ifact.ge. The article was first published on Ifact.ge.