State of the Judiciary in Georgia

State of the Judiciary in Georgia 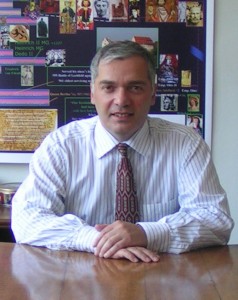 The quality and degree of democracy and freedom in a state, among some other factors, depends on the level of judicial independence. The principle that the judiciary must be independent from both legislative and executive branches of government is built in a constitutional idea of the separation of powers. Furthermore, judicial independence is one of the key components of a basic human right to a fair trial guaranteed by the international human rights instruments, including Article 6 § 1 of the European Convention on Human Rights to which Georgia is a party. Independence gives rise to confidence. As the European Court of Human Rights (ECtHR) has put it “it is of fundamental importance in a democratic society that the courts inspire confidence in the public and above all, as far as criminal proceedings are concerned, in the accused”.

Despite some progress over the recent years, the judicial system is one of the least trusted by the public among public institutions. According to the International Republican Institute (IRI) surveys, although over the last two years the percentage of those that have expressed their favorable attitudes towards the Georgian courts went up from 35% in 2009 to 53% in 2011, it is still much lower than the percentage of trust in other public institutions such as church (93%), police (88%), army (87%), media (71%), president’s office (71%), cabinet of ministers (71%), parliament (71%), etc. It is still broadly believed in this country that courts hugely depend on executive’s will.

But opinion poll is not the only way to measure either judicial independence or public confidence in judiciary. Opinions of authoritative international bodies and professionals are much more reliable tools to find out where Georgian judiciary is on right track in terms of accomplishing true independence. In his recent report regarding the Administration of justice and protection of human rights in the justice system in Georgia, dated 30 June 2011, Mr. Thomas Hammarberg, Commissioner for Human Rights of the Council of Europe, noted that although the legislative framework generally favored the independence of the judiciary, with pressure on judges being punishable by law, concerns continued to be raised by NGOs and lawyers that the judiciary was not fully shielded from political interference, particularly in criminal and administrative cases. Relying on the views of such actors, the Commissioner further noted that influence of prosecutors remained comparatively strong, and in the majority of criminal cases verdicts were very close to the request of the prosecutor.

Another issue which in the Commissioner’s opinion required continued attention was the adequacy of the reasoning of court decisions. According to him, a number of complaints had been received of inadequate reasoning and/or rote justifications in court decisions to impose or extend a term of pretrial detention, to dismiss motions during trial and also in the context of final court judgments. “Clearly”, concluded the Commissioner, “this contributes to perceptions that judges are prone to influence by prosecutors aimed at ensuring convictions in all cases brought to court.”

The US Department of State in its 2010 country report on Human Rights Practices in Georgia gave due consideration, inter alia, to continued allegations of a lack of due process, government pressure on the judiciary, and individuals’ being kept in prison for politically motivated reasons. Furthermore, in the same document the State Department reported about selective application of the law–crimes allegedly involving government officials or supporters were slowly investigated and often remained pending, while crimes allegedly involving persons or organizations linked to the opposition were investigated quickly and prosecuted to the full extent of the law.

The ECtHR perhaps is the most objective judge of the Georgian state in general and its judicial branch in particular as it is a judicial authority itself. In a prevailing majority of cases considered on merits by the Strasbourg Court so far, the government of Georgia was found guilty of violations of various rights guaranteed by the European Convention on Human Rights. In a very recent case where the ECtHR denounced the Government of Georgia for its failure to investigate properly the killing of an innocent young man by the police officers and to punish adequately those responsible, the ECtHR stated inter alia: “Indeed, the Court is struck by how the different branches of State power – the Ministry of the Interior, as regards the initial shortcomings of the investigation, the Public Prosecutor’s Office, as regards the remaining omissions of the investigation, the Prisons Department, as regards the unlawful placement of the convicts in the same cell, the domestic courts, as regards the deficient trial and the convicts’ early release, the President of Georgia, as regards the unreasonable leniency towards the convicts, and so on – all acted in concert in preventing justice from being done in this gruesome homicide case.” (Enukidze and Girgvliani v. Georgia, Application no. 25091/07, Judgment of 26 April 2011, §276). Indeed, when the international judicial authority finds that the different branches of government “act in concert in preventing justice from being done” one cannot help thinking that there must be some deeply rooted problem in the very structure of the government.

Finally, while discussing the problems of judiciary in Georgia one could not avoid some statistical data which also speak eloquently about the present level of judicial independence in this country. According to the Supreme Court of Georgia, out of 16,909 criminal cases heard on merits by the first instance courts in 2010, only in 7 instances, which is 0.2%, did the courts deliver not-guilty judgments. Furthermore, in the appeals courts, out of 2,642 appeals only in 1 case the guilty judgment was replaced with the acquittal. No less depressing is the statistical data of detentions on remand. In 2010, out of 8,761 prosecutor’s motions for pre-trial detentions, 8,109 ones (92.6%) were granted and just 652 ones (7.4%) were rejected by the first instance courts.

In administrative cases, where the State is also a party to dispute, statistics is somewhat better but still much more favorable to the government than to individuals and private entities. Out of total 9,608 cases heard by the first instance courts in 2010, in 6,345 cases (66%) the courts ruled for administrative organs, i.e. for the government, and only in 2,797 cases (29.1%) individuals and entities won victories.

Although many people in this country and elsewhere would interpret these figures as a perfectly good evidence of the lack of judicial independence, the government has its own explanation: as repeatedly claimed by different public officials, strangely enough by the judges too, usually government lawyers are “better prepared” for trials than the private sector ones. How reasonable is this claim? This is the question which I would leave for the public for their consideration.