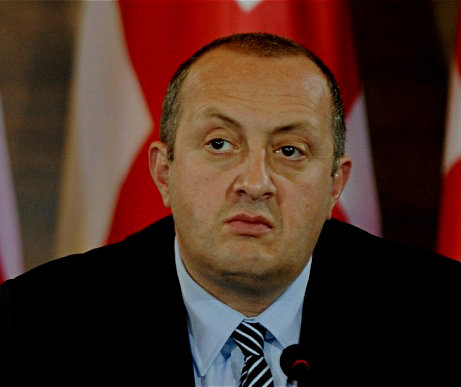 TBILISI, DFWatch–The conflict between the Georgian president and the government soured even more on Wednesday after the TV company Rustavi 2 exposed private correspondence between the Ministry of Foreign Affairs and the president’s administration.

The correspondence shows that the two top leaders, who belong to the same political coalition, are communicating with each other in a way characterized by misunderstandings and mutual distrust.

A letter dated February 25 handed over to the TV company by the president’s administration shows that the president was invited to come to the UN climate summit in New York on September 23. The letter is addressed to the foreign ministry, but received by the president’s office almost four months later, in June.

President Giorgi Margvelashvili sent a letter to the MFA dated June 11, confirming his participation at the climate summit. This was followed by a letter from the MFA the next day, saying that the Georgian government had decided that PM Irakli Gharibashvili, whose visit to the UN General Assembly had been already planned, would also head a delegation to the New York climate summit, and adding that sending two official delegations to New York would damage the image of the country.

Foreign Minister Maia Panjikidze and her deputy, Davit Zalkaliani, told Rustavi 2 that the ministry had indeed received an invitation from the UN, signed by Secretary General Ban Ki-Moon, but claim that the addressee of the letter of invitation was  ex-President Mikheil Saakashvili. Accordingly, the MFA had to send a letter to the UN explaining that not Saakashvili but Giorgi Margvelashvili is the current president of Georgia, not informing the current president’s office by the way, and then the ministry received an amended invitation on May 30. This letter was however dated February 25, same as the first letter. This letter was sent to the president on June 5.

Tengiz Pkhalaze, the president’s adviser on foreign affairs and security policy, said that the decision that Margvelashvili would not visit New York was made without the president’s involvement, while according to the Constitution, the president represents the state in foreign relations and this is his personal duty and responsibility.