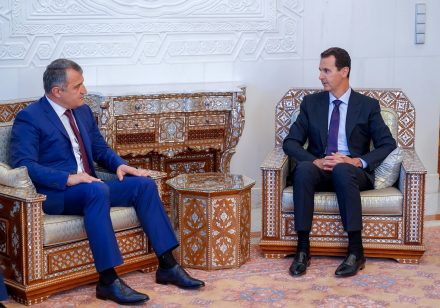 Bashar al-Assad, Vladimir Putin’s closest ally in the region and possibly around the globe, also inked an agreement on friendship and cooperation with South Ossetia, which is regarded by the West as an occupied territory.

A day earlier, on Sunday, the two regimes also signed an agreement on establishing diplomatic ties.

Official Tbilisi immediately responded by denouncing all the agreements signed between the parties in Damascus and pointed out that such agreements have no real legitimacy according to international law.

The Syrian Arab Republic recognized the independence of Abkhazia and South Ossetia on May 29. Earlier, the two Georgian breakaway regions were recognized as independent by Russia, Nicaragua, Venezuela and Nauru.