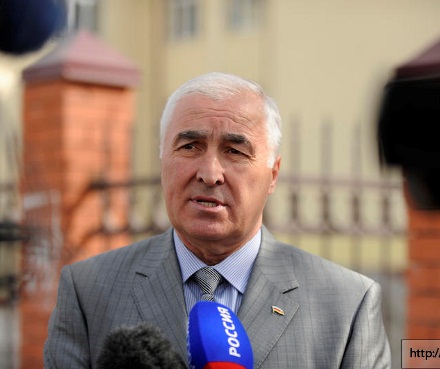 About a week ago, Tibilov said that the government of Rostik Khugaev was unable to fulfill its duties in regard to South Ossetia’s social and economic development.

He also said the government didn’t fulfill the president’s decrees and made mistakes in distributing resources received from Russia, which had negative repercussions for the implementation of investment programs.

“The specific reason why I made this decision is that a common system of governance wasn’t formed and the connection between the center and the regions was in fact broken,” Tibilov said. “The government couldn’t solve social issues and the attempt at social-economic development failed.”

Tibilov thanked the government members for the work they did and appointed Domenti Kulumbegov, Vice Prime Minister in the former government, as acting head of government.

Political analysts say that Kulumbegov may be considered on post of prime minister of the de-facto republic, but they also assume that Moscow might send its own candidate to Tskhinvali.