South Ossetia bars ambulances from leaving at night and during weekends

South Ossetia bars ambulances from leaving at night and during weekends 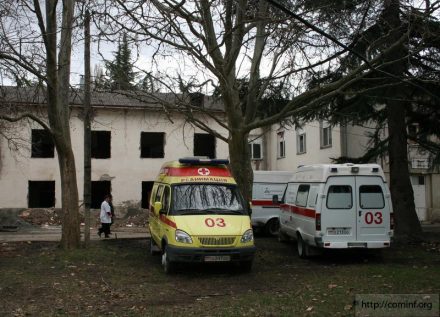 TBILISI, DFWatch–Breakaway South Ossetia is preventing ambulances from crossing the de facto border with Georgia proper on weekends and at nights from 8 pm till  8 am.

Echo Kavkaza reports that the informal restrictions were introduced about a month ago, quoting Tamar Mearakishvili, an Akhalgori-based activist who witnessed a person with serious health complication who was barred from crossing the conflict line due to the new regulations.

Local breakaway authorities in Akhalgori confirmed that there is such a restriction on ambulances.

This complicates the lives of locals. Prior the new restrictions, Tskhinvali authorities usually refrained from hindering people in need of urgent medical assistance from crossing the border to get treatment.

Akhalgori locals prefer to use Georgian medical facilities for reasons of quality and proximity. First, they think the quality of medical services is higher in Tbilisi and Gori, and secondly, it takes much less time to rush a patient to Gori and even to Tbilisi than to the breakaway capital. The latter requires about an hour and a half, while less than an hour is needed to reach hospitals in Tbilisi.

The reasons for such restrictions are unknown both to locals and to Akhalgori de facto authorities.

Akhalgori is a small town about 30 km west of Tbilisi and the center of Akhalgori Municipality. Despite being part of the former South Ossetian Autonomous Region during Soviet times, it was under control of Georgia’s central government until the 2008 Russo-Georgian War. Now the entire municipality is under control of the Tskhinvali regime.

About 85 percent out of its 7,600 inhabitants are ethnic Georgians.

The town was the seat of the powerful Ksani Eristavi aristocratic family, which played an important role in the history of Medieval Georgia. The Soviet Union renamed it Leningor, after its founder Vladimir I. Lenin. After the collapse of the USSR, the region got back its old name, but since takeover by South Ossetia’s separatist authorities, it was again renamed Leningor.