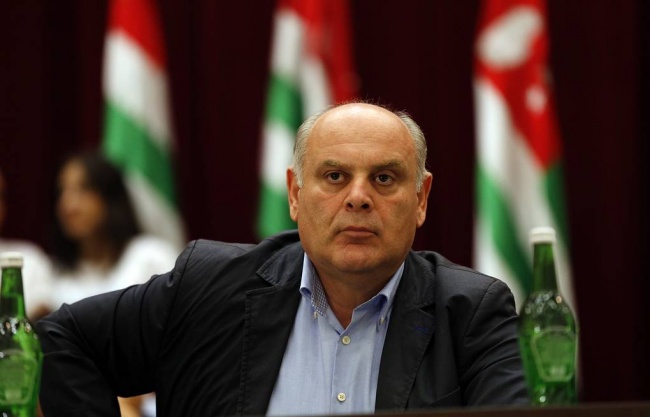 Sokhumi thus rejects conclusions by a laboratory in Munich, which found earlier that samples from the leading opposition contender contained high levels of lead and cadmium.

De facto deputy prosecutor general, Epshsou Kakulia, told the breakaway parliament that medical doctors from a hospital in Moscow who are directly involved in Bzhania’s treatment deny any purposeful poisoning, rebuffing conclusions by the German laboratory, which had examined materials sent by Bzhania supporters.

Two of Bzhania’s security guards have been discharged from hospital, but Bzhania himself is still in a serious condition, Kakulia said.

Aslan Bzhania, a key opponent of de facto president Raul Khajimba, and two of his security guards fell ill on April 18. Many people immediately pointed the finger at  Sokhumi officials, who initially ignored the accusations, but in May, under pressure from the opposition, were forced to launch a formal investigation.

On May 20, the de facto parliament scheduled presidential elections for July, which caused mass rallies as such an early date would hamper the opposition’s chances with its leader ill. The opposition demanded to postpone the ballot to fall due to their candidate’s illness.

Eventually, the sides reached a compromise to hold the elections in the end of August.