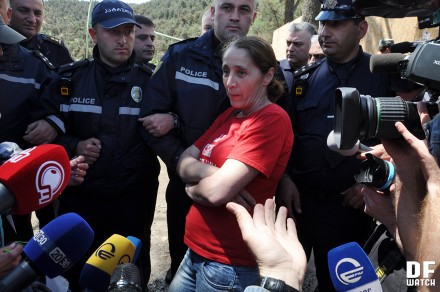 TBILISI, DFWatch–Six people, including a member of Tbilisi City Council, were detained on Saturday during a rally against construction projects by companies affiliated with former Prime Minister Bidzina Ivanishvili.

Around 150 activists gathered near the Botanical Garden in the capital, at the location of one of Ivanishvili’s projects, Panorama Tbilisi. Apart from Panorama, they protested against the plans by Ivanishvili-owned companies to build a hotel on a recently purchased 29 hectares land plot near Botanical Garden, as well as swapping 4 hectares of territory between the garden and another company also owned by the former PM.

The protesters tried to reach the construction ground for Panorama, which is privately owned and belongs to one of Ivanishvili’s companies, but were stopped by a line of police.

Police were beginning to detain activists when Nata Peradze climbed on top of a patrol car to try to prevent the detentions, but she was detained herself, as was Alexandre Elisashvili, an independent member of Tbilisi City Council, and few other activists.

After the detentions, activists held a demonstration at Ivanishvili’s residence in a hill above Tbilisi.

Detainees are accused of resisting police and petty hooliganism, which are administrative offences.

Criminal investigations were launched against Nata Peradze of Guerilla Gardening, an environmentalist group. She is charged with damaging a police car, physically assaulting  a policeman and disobeying the police.

According to the Ministry of Internal Affairs, Peradze is also accused of having drugs without a doctor’s prescription, which is also an administrative offence.

After the arrests, activists came to the MIA office to protest against the detentions. 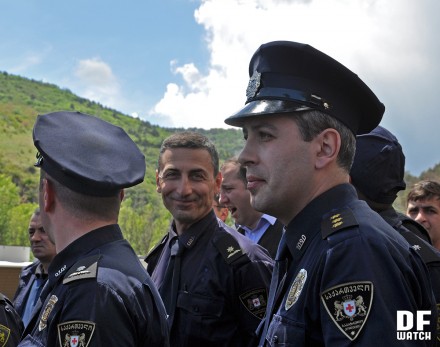 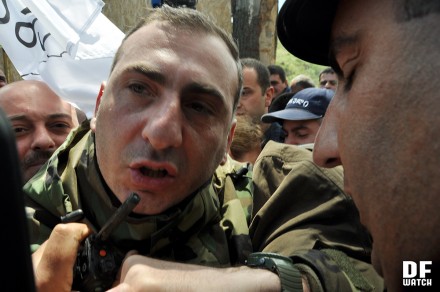 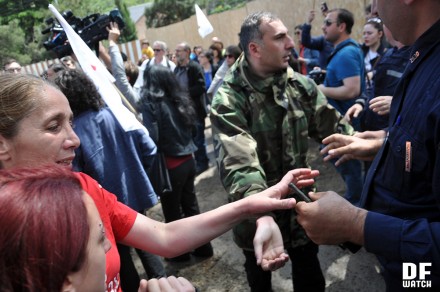 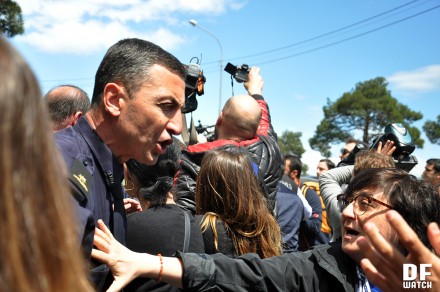 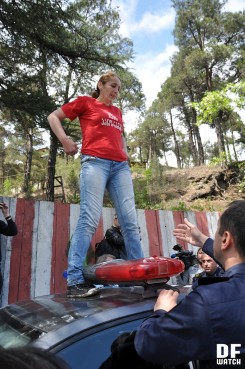 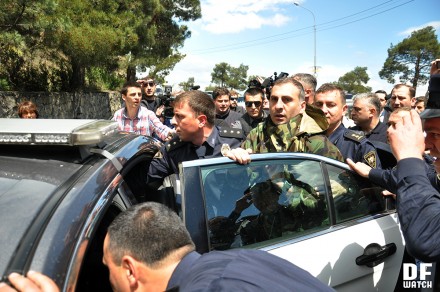 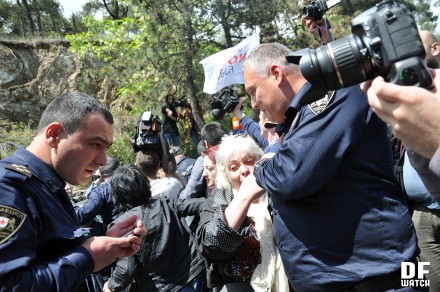 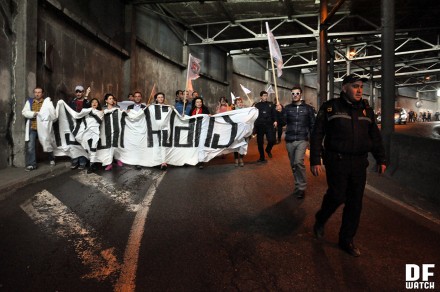 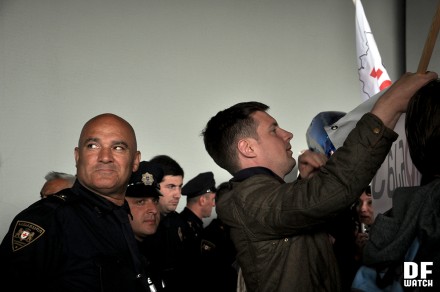 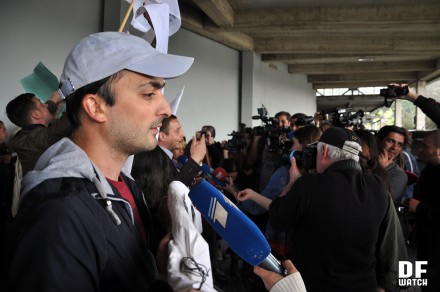 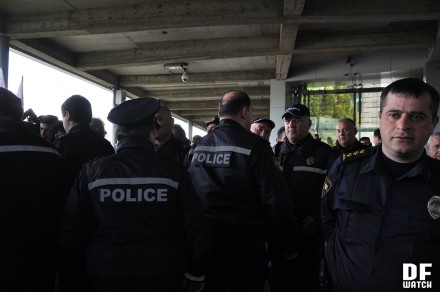