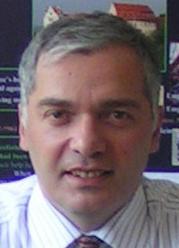 Alexander Baramidze is a lawyer working for the Georgian Dream movement.

Back in December 2011, Georgian Dream entered into a contract with Elita Burji whereby the latter undertook to manufacture some furniture for the former. The contract price was set at GEL 2 million, which money was paid by Georgian Dream to Elita Burji in advance. Later on, it turned out that Elita Burji was able to perform its obligations under the contract just within the limits of GEL 0.9 million. Naturally, Georgian Dream requested the rest of money – GEL 1.1 million – back which request was fulfilled without any delay.

What can be unlawful or even unusual in this story? The Chamber of Control claims that Georgian Dream had no intent to enter into a real transaction with Elita Burji, but instead concluded with Elita Burji a sham and fraudulent contract to cover thereby unlawful donation from Elita Burji.

How did the Chamber of Control know that there was no intent to conclude a real transaction? Did it ever collect any evidence to corroborate such an assumption? Did it launch any administrative proceedings to investigate the situation properly, to invite the parties and request any explanations from them? Not at all. Administrative due process seems to be no longer necessary in this country. Apparently the government agencies consider it to be an extra and unnecessary burden which just slows down the government’s operations. In a recent lawsuit between Mr. Ivanishvili and the President of Georgia concerning the president’s taking away the Georgian citizenship from Mr. Ivanishvili and his wife, the court said that the General Administrative Code, one which sets general rules of administrative procedure for administrative agencies, was not applicable to the President’s administration while deciding on citizenship issues. So simple and so beautiful!

But let’s get back to the problem of civil transaction between the two private entities and to find out whether there is any common sense in the Chamber of Control assumption that the transaction was sham and fraudulent one. The question is what would happen if Georgian Dream never entered into any transaction with Elita Burji and never paid GEL 2 million to it? The answer is very easy one: of course, Georgian Dream would retain its money and spend it any time for any purpose as it might wish. Then why would Georgian Dream have to invent a sham scheme to pay GEL 2 million to Elita Burji in order to recover some part of it, GEL 1.1 million? Did anybody ever question legitimacy of those GEL 2 million? Again, not at all. There is even no hint to this end in the Chamber of Control letter.

There is another very weird legal problem in this story. The concepts of sham and fraudulent transactions are defined in the Civil Code of Georgia which says that a transaction that has been made only for the sake of appearance, without the intent to create legal consequences, is void. Furthermore, if, by making a sham transaction, the parties intended to conceal another transaction, then the rules applicable to the concealed transaction shall apply. These are kind of legal provisions which can be found in all legal systems around the world. But in all legal systems around the world the questions of private law, such as contract, are decided by the civil courts, not by administrative agencies. And this rule is applicable in this country too. Article 5 of the Georgia Civil Procedure Code requires that justice in civil law matters shall be done exclusively by civil courts.

It is clear that there was no sham and fraudulent contract between Georgian Dream and Elita Burji. The contract concluded by the two was a lawful and valid civil law transaction between two private law legal entities. And any dispute between the two, including with respect to invalidity of contract, should have been resolved by a civil court if any of the parties wished to file a civil lawsuit against the other. What is sham and fraudulent in this story is the Chamber of Control desire to usurp the powers of court and to administer sham justice.