Sex tapes were not uploaded from Georgia: Prosecutor

Sex tapes were not uploaded from Georgia: Prosecutor 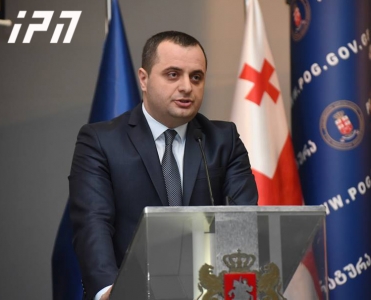 TBILISI, DFWatch–The Chief Prosecutor’s Office claims three sex tapes posted to the Internet in order to threaten politicians were not uploaded from Georgia.

Mamuka Vasadze, Deputy Chief Prosecutor, said at a briefing on Friday that investigators are currently examining the material obtained during the investigation.

The statement by the Prosecutor General’s Office also says investigators have requested recordings from surveillance cameras and questioned 50 witnesses.

“16 Mutual Legal Assistance (MLA) requests have been submitted to the competent authorities of foreign states with the purpose of obtaining significant information for investigation; Georgian authorities are actively cooperating with their foreign counterparts in order to ensure the effective and prompt execution of the MLA requests,” the statement reads.

The deputy chief prosecutor spoke about the most recent video, which was published on Thursday and which allegedly depicted a politician in a private situation. He said that it wasn’t possible to identify the person in this video or to determine that the video depicted anything personal at all.

“However, we react to any incident which may contain signs of a crime,” he added.

Vasadze informs that none of the videos which have been recently published are made after October 1, 2012, when there was a change of government in Georgia.

He said the U.S. Federal Bureau of Investigation (FBI) sent a representative to Georgia several days ago, who attended the briefing at the Prosecutor General’s Office.

Katherine Canning said investigations into cyber-crimes are complicated and called on anyone who has any information related to the investigation to cooperate with the Prosecutor General’s Office.

She also said that these sorts of investigations require a lot of time to be solved.

Three sex tapes targeting politicians were uploaded to Youtube on March 11, 14 and 31. The videos contained threats against other politicians and journalists that more videos will be published.

During Saakashvili’s presidency, intelligence services covertly recorded compromising videos of individuals. Most of the so-called dirty archive was officially destroyed in September 2013, and in January 2014 another batch was destroyed after closer scrutiny. Deputy chief of counterintelligence Levan Izoria recently told parliament that copies may have been ‘exported’ in the transition period after Saakashvili’s National Movement lost the election in October 2012 and until a new government was formed three weeks later.