Several rallies in Georgia to protest against Russian occupation

Several rallies in Georgia to protest against Russian occupation 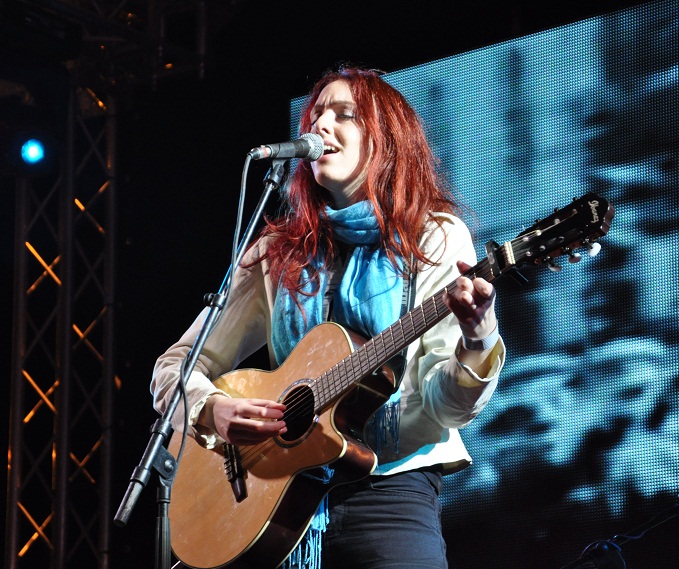 TBILISI, DFWatch–A number of protest rallies and events were held in Georgia last weekend to protest against Russian occupation and Georgia’s participation in the Sochi Winter Olympics.

On Saturday, there was a rally outside the government offices in Tbilisi, where protesters demanded that the government boycott the Olympics. The rally lasted about an hour. Among participants were students, journalists and politicians.

Sunday, non-governmental organizations (NGOs) and students went to the village Ditsi, which borders with the Tskhinvali region, where the Russian soldiers are continuing the process of illegally installing barbed wire and fences.

Rally participants symbolically lit torches and released balloons. MP for the Georgian Dream coalition, Soso Vakhtangishvili, who is a majoritarian for Gori, attended the rally in Ditsi. He said that brigades of doctors also came to Ditsi to examine locals for free and provide them with medicines.

At about 15:00, another rally started in seven large cities and towns in the country including the capital. Students and others organized a human chain. The rally was named ‘Stop the annexation.’ It was held on the central streets of Tbilisi, Rustavi, Telavi, Gori, Batumi, Kutaisi and Zugdidi. The rally was against Russia’s ‘creeping occupation’.

In the evening at about 19:00 a concert started on Roses Square under the slogan ‘No to Occupation! No to Sochi Olympics!’ More than 20 well-known local bands and singers performed in front of hundreds of people. Each of them performed not more than two songs.

During the concert signatures were gathered for a petition asking the government to boycott the Sochi Olympics. The online petition has now gathered nearly 10 000 signatures. Organizers of the rally plan to continue gathering signatures for a few more days and then bring them to the Georgian Olympic Committee.

Among the singers who performed was Sabina, a girl from Sweden, who said that her father was from Abkhazia. She recalled the Russia-Georgia war in August 2008 and dedicated her song to the protest against Russian occupation.

Some of the singers and bands had written songs about the war or had lyrics against occupation.

The concert was planned on Facebook and for a few days prior, a video clip with band members called on people to come and join the protest.

Among the bands and singers were also Niaz Diasamidze, who opened the concert, Green Room, Gamouvali Mdgomareoba, LOUDspeakers, The Balloon Shooters, Gravity, Lado Burduli, MuZika, Ara and others. The concert lasted about five hours and also included three bands of teenagers who weren’t on the list, but were allowed to sing.