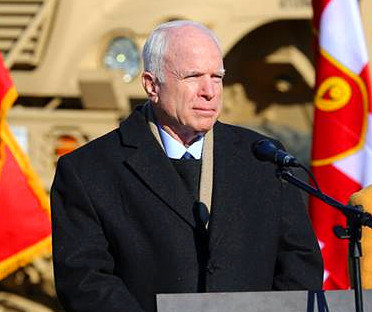 “I am deeply concerned that the Georgian Supreme Court’s decision regarding Rustavi 2 appears to be an attempt to silence opposition voices in the press and curtail the country’s vibrant, pluralistic, and open media,” Republican Senator from Arizona states in a written comment to VoA’s Ia Meurmishvili.

“As I have said, I strongly believe that a free and open press is an essential pillar of democracy, and vital for any democracy to succeed. I encourage the Government of Georgia to preserve a pluralistic media environment so that all voices in Georgia can be heard.”