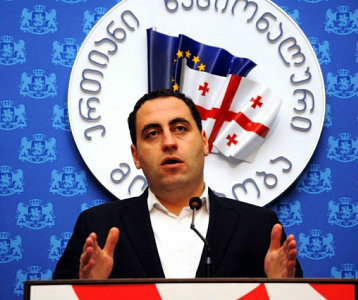 Party spokesman Giorgi Vashadze presented the list at the party office on Saturday.

Davit Bakradze is now head of the parliamentary minority and was speaker of parliament in 2008-2012.

Giorgi Baramidze, is Vice Speaker of Parliament and has been in parliament for four periods. From 2004 to 2012, Baramidze was Minister for Euro Atlantic Integration.

Zurab Japaridze is secretary of the parliamentary minority and a lecturer at the Free University from where he has a PhD degree.

Shota Malashkhia is a second term member of parliament.

Vashadze said the registration deadline to participate in the primary election is now expired. Primaries will be held in different regions of Georgia, and by the end of July regional conferences will be held, and the party will then select its candidate.

Other Georgia citizens will also be allowed to vote online.

The Georgian Dream coalition has named Education Minister Giorgi Margvelashvili as its candidate.

A few days ago, the International Republican Institute completed an opinion poll, but has not published the results yet. However, journalists learned from party members that according to the survey, 41 percent of the questioned would vote for the Georgian Dream coalition’s candidate if there were a presidential election tomorrow, while 11 percent would vote for the candidate of the United National Movement.

The date for the upcoming election is not yet set, but the constitution says it should be held in October 2013.