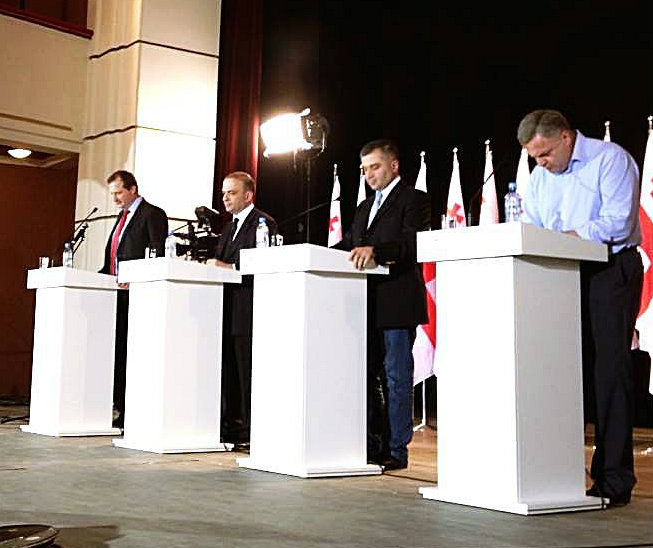 TBILISI, DFWatch–The United National Movement Sunday kicked off its election campaign for the presidential election with a debate between the candidates.

The event took place in Kutaisi, Georgia’s second largest city and current seat of parliament, and will be followed by regional conferences around the country in a sequence of primary elections.

Before voting, the attendees listened to debates between the four candidates for the primary.

“UNM is becoming a new party, where decisions aren’t made by two or five persons, but by all the members of the party and its supporters,” Davit Bakradze said on Sunday.

The next conference will be held July 7 for representatives of the regions Shida Kartli, Samtskhe Javakheti and Mtskheta Mtianeti.

The results of the primary will become known by the end of July, when the party will name its candidate.

According to the constitution, this year’s presidential election must be held in October, but the date is not yet set. This is the prerogative of the president, who must set the date at least 60 days before Election Day.