Saakashvili: ‘We will be the new opposition’

Saakashvili: ‘We will be the new opposition’ 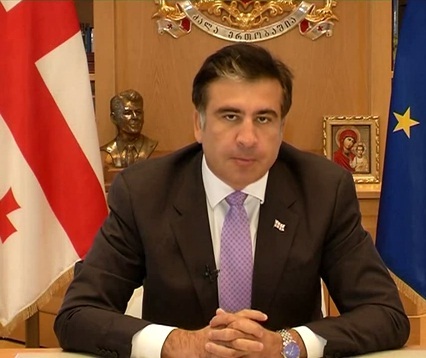 President Mikheil Saakashvili said he will fight to preserve his achievements as he hands over government power to Georgian Dream, a coalition of smaller parties brouught together by billionaire Bidzina Ivanishvili. (Screengrab.)

The president said preliminary vote counting clearly shows that the Georgian Dream coalition came in first in the parliamentary election, which means that they as parliament majority will have to form a new government.

“And I as president will support the process defined by the constitution, so that parliament starts functioning and parliament is able to elect parliament speaker and form a new government.”

He said it is well known that the views of the coalition are fundamentally unacceptable to him and that his party and Georgian Dream are completely different. ‘Their views are extremely incorrect,’ he said of the coalition headed by Bidzina Ivanishvili, who Saakashvili during the campaign portrayed as a Russian stooge.

He expressed hope that the achievements of the last eight years will not be put in danger and will be retained.

“We as opposition force will fight for the country’s future.”

The president thanked people for voting and expressed his gratitude to those who voted for the National Movement.