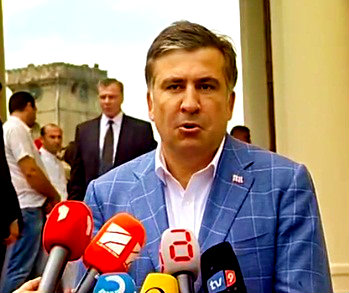 Last week, the rectors of two large state universities asked the president to block this amendment, as they think they will restrict the autonomy of universities.

Andro Barnovi, Head of the President’s Administration, explained at a briefing Friday that there is a great risk that the autonomy of universities may be tangibly violated.

“We hope that parliament will be attentive to the president’s remarks and go along with them at the next hearing,” Barnovi noted.

Another draft which was passed by parliament will amend the Law on Constitutional Courts. It will mean that if the Constitutional Court suspends disputed acts or legislative norm, it will have to make a final decision within 30 days; otherwise suspended acts and norms will come into force from the 31st day.

Barnovi explained that this amendment restricts the powers of the Constitutional Court.

“The position of the Constitutional Court is that this is impossible and one month is not enough to make decisions. The president agrees with this position,” he said.