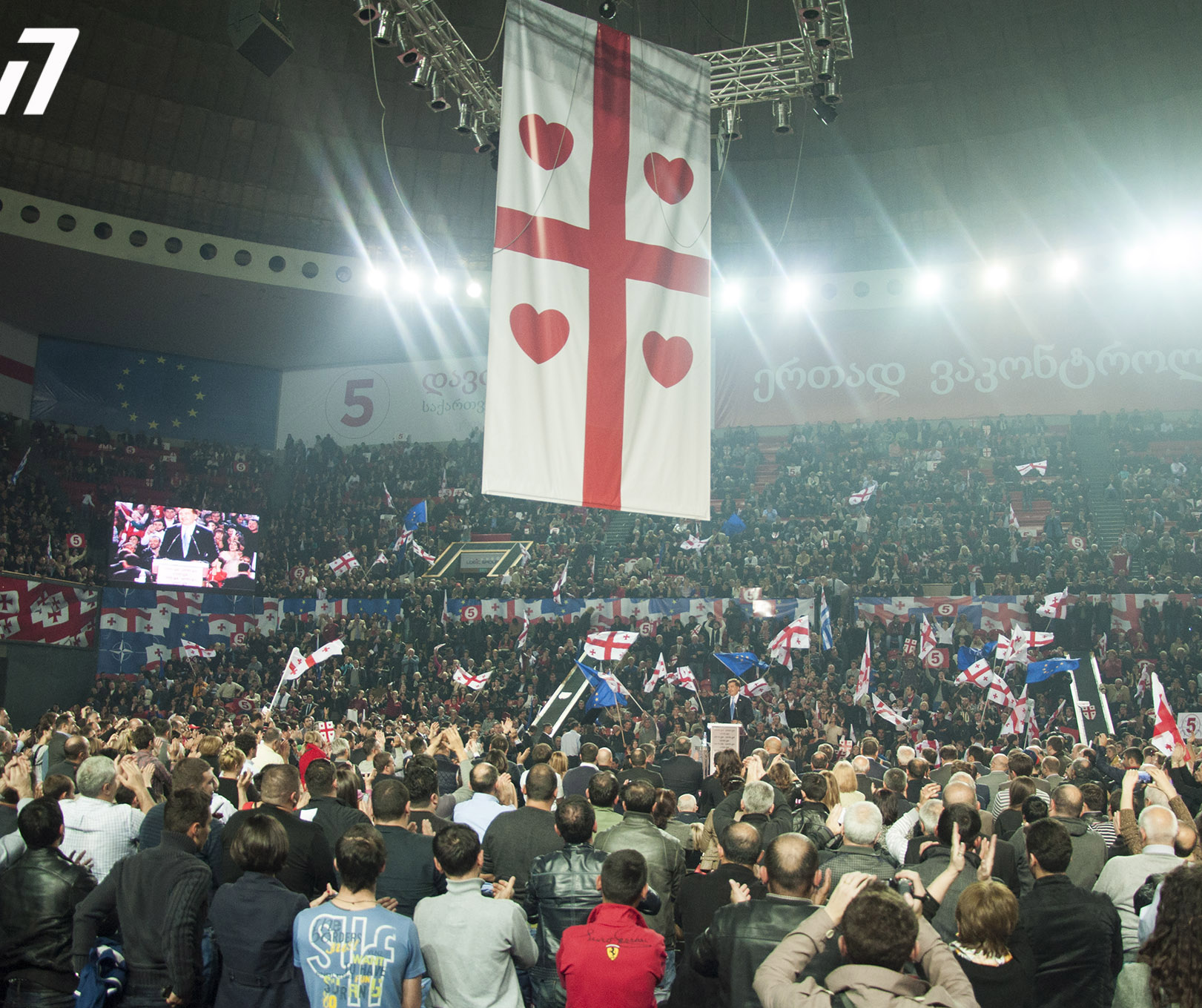 TBILISI, DFWatch–The National Movement in Georgia Saturday voted to keep Mikheil Saakashvili as party leader, and to change the party symbol to set it off from the national flag.

UNM’s symbol, a five-cross flag, was made the national flag in January 2004 following the Rose Revolution, which brought the movement to power on a wave of popular support. But over time the fact that one party’s symbol was also the national flag has been criticized as inappropriate for a multi-party democracy. During massive opposition demonstrations a few years back, some were carrying the previous flag and demanded that it be restored.

Acknowledging that the country’s flag is not the property of one party, Saakashvili presented a new modified party symbol at a party congress at Sport’s Palace in Tbilisi. It has the same red cross against a white background, but the four small red crosses have been replaced by red hearts.

“I propose to you the new flag – a flag where love unites around the cross – a flag of building. This flag means the following – it is unifying around Christian values,” he said.

Giorgi Vashadze, one of the party members, said on the meeting that statute of the party is renewed: the political council is larger and will have the chairman, the party chairs in the regions will be elected at party congresses and candidates at all levels will be elected through primary elections, as happened in 2013 for the presidential election.

Different members of party addressed the congress on Sunday to speak about priorities of the party. At the end Saakashvili gave a lengthy speech to speak about past examples and said that people want EU-integration, but EU won’t accept a country where there is permanent confrontation.

“Confrontation creates the precondition for slavery. We must serve our people but not ourselves. We must rise above hatred and talk with opponents like our brothers,” he said.

Saakashvili pointed at Russia as the true enemy which is driving poles into the ground to erect barriers on Georgian soil.

“They continue driving poles into our bodies. We must get rid of these poles by common efforts,” he said.

“When we stand together and get this message to each citizen, including those who do not agree with us, we will assure them to build the future of our country together. We will feel that each of us is an honorable child of our country.”