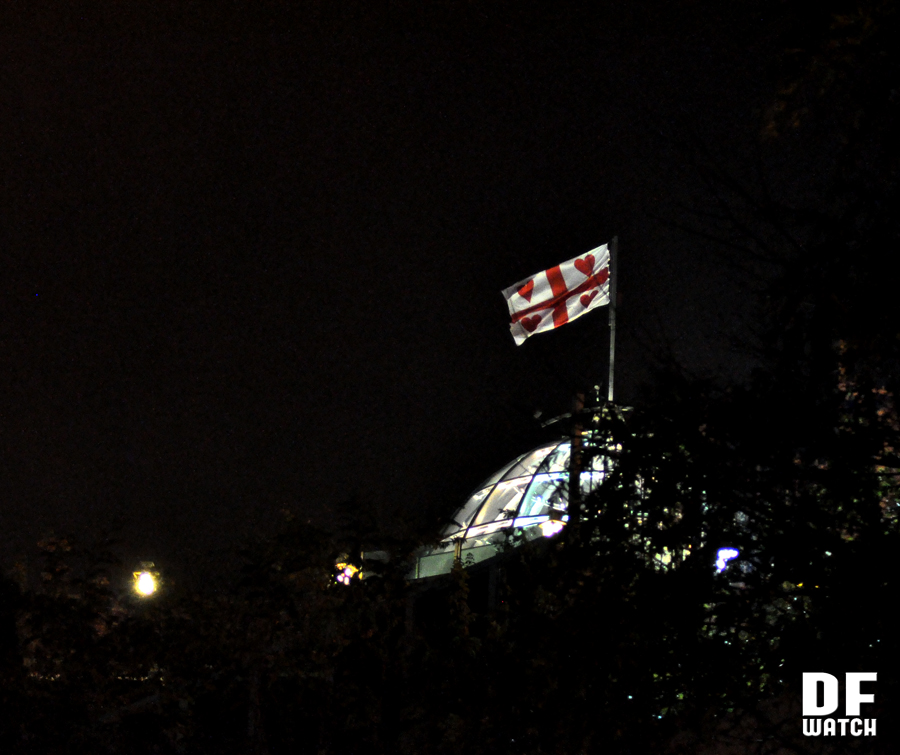 The National Movement’s new party banner was taken down from the palace flagpole Sunday at noon. (DF Watch.)

TBILISI, DFWatch–Sunday at noon, the Georgian national flag was back up on the presidential residence in Tbilisi.

On Saturday, the National Movement party banner with four hearts and a cross was flying above the building.

The government accused the president of violating the law, which requires that the Georgian flag is constantly raised above presidential residence.

Head of the president’s administration explained Saturday evening that the residence replaced the flag just for one day in connection with the filming of a music video.

Later in an interview with Rustavi 2, spokesman Andro Barnovi specified that it was a music video for Khatia Buniatishvili, a well-known young Georgian pianist.

He said Saturday that filming took place in the glass dome at the top of the palace and the flag was replaced with the party banner of the National Movement for use in a clip for the music video.

“This is a flag by which the president wants to express attitude towards our country. It’s present and future; not only a flag but the clip that was shot here has the same goal,” Barnovi said.

He said the banner has only been proposed by the president. It has not yet been confirmed as the party banner.