Saakashvili moves out of unofficial residence

Saakashvili moves out of unofficial residence 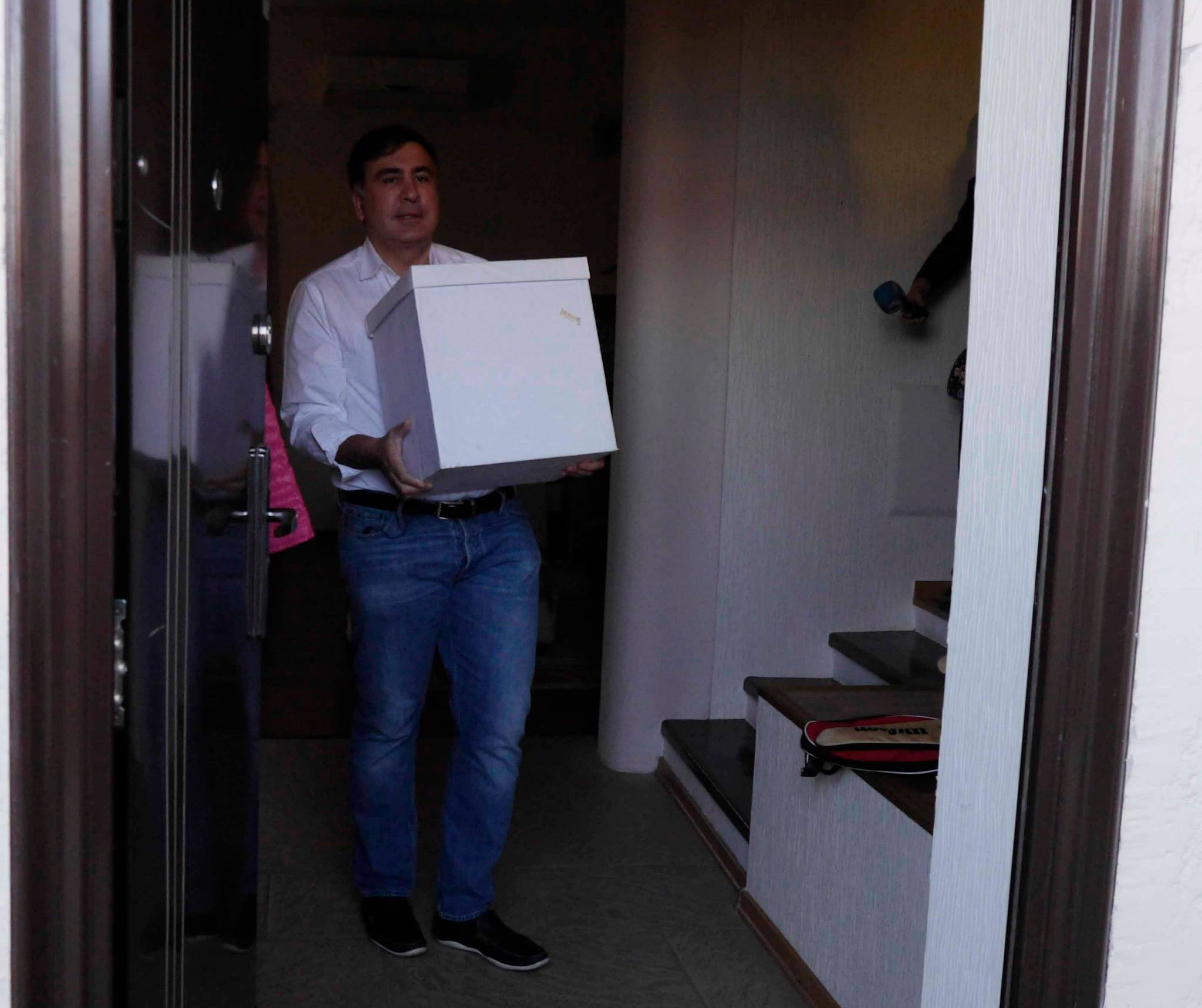 President Mikheil Saakashvili has moved out of his house in northern Tbilisi. (President’s Facebook page.)

TBILISI, DFWatch–President Mikheil Saakashvili on Tuesday moved out of their house in the Didi Dighomi district of Tbilisi and moved into a house in the city center.

Saakashvili and his wife Sandra Roelofs personally took part in the moving.

The First Lady said most of their things have already been moved to the new house, and only a few boxes are left.

“My parents helped us very much,” Rustavi 2 quoted her saying. “They have been here for the last weeks. The itemization is over. Everything which belongs to the state has been calculated and listed. Of course it is a little bit difficult.”

The president’s family has been living in their Didi Dighomi house for several years. In a TV interview he said that the government rented the place for him and his family as a presidential residence. To most Georgians, though, the term ‘presidential residence’ has been associated with the palace building that looms on a cliff over central Tbilisi, where distinguished guests such as Hillary Clinton and Joe Biden have been hosted.

The Saakashvili household is now moving in on Barnov Street in the center, where they used to live before the Rose Revolution in 2003.

Saakashvili served both of his presidential terms. October 27, Georgia will elect a new president.