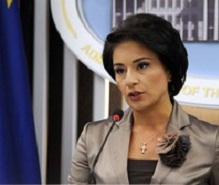 According to the president’s administration, the reason for the decision is that all the persons concerned know Georgia and for practical purposes they are Georgians.

Manana Manjgaladze, spokesperson for the president, on Friday informed said 936 citizens of Turkey were granted Georgian citizenship on September 10 by the president.

“Unfortunately, in recent months the Ministry of Justice revoked the citizenship to tens of thousands of citizens. We are concerned, and we think Georgia doesn’t have a citizen to lose,” she said.

The press office of the Ministry of Justice explained to DF Watch that citizenship is revoked in accordance with law, and the criticism of president’s administration is unacceptable.

According to Georgian law, a person will have revoked his or her Georgian citizenship if they are citizens of another country. Granting citizenship is the prerogative of the president and there are certain criteria which needs to be met in order to be granted dual citizenship as well.

The criteria include knowing Georgian language and history, the basic law of the country and in certain cases, having relatives in Georgia.