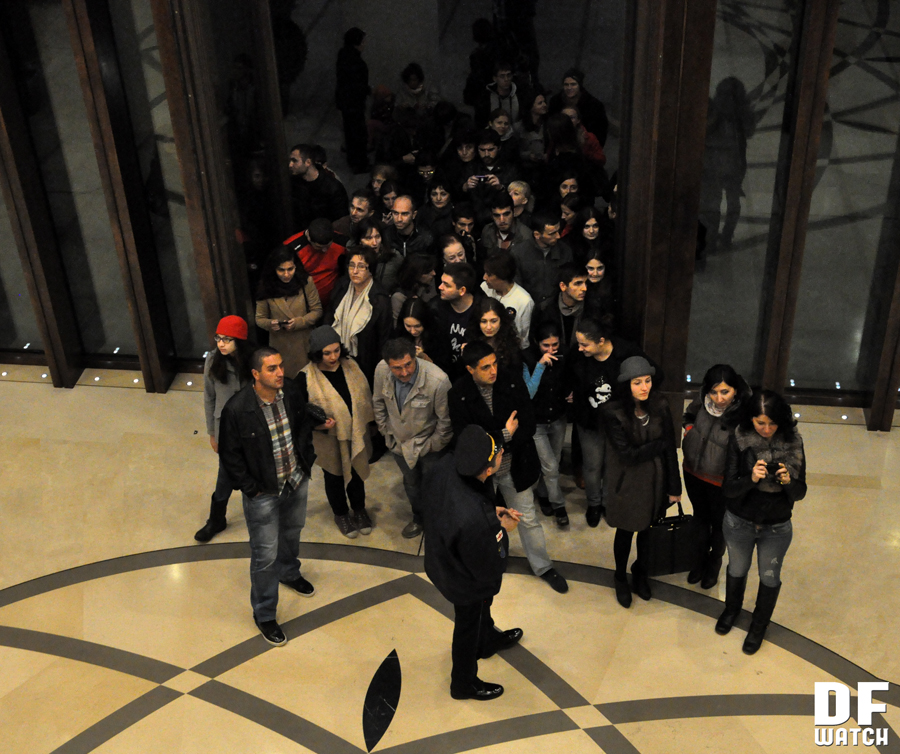 Saakashvili is leaving office on Sunday, and in a flurry of activity handed out awards and distinctions to more than a thousand people.

The Award of St Nikoloz was given to different clerics in the Georgian Church.

Mayor of Tbilisi Gigi Ugulava received the David the Builder Award for building and rehabilitating the capital.

The journalist and Christian Democrat politician Inga Grigolia received the King Tamar award. The same award was given to Nino Shubladze, Maya Asatiani and Nanuka Zhorzholiani, journalists at Rustavi 2 TV.

In his last week in office, Saakashvili also granted Georgian citizenship to about four hundred people after inviting new applicants one week ago. There came in more than four thousand applications, but there was not enough time to go through all, according to Saakashvili’s spokesman Andro Barnovi.

On Saturday, the presidential palace in Avlabari was open to the public, and hundreds of people toured the premises.

See our photo gallery from the presidential palace on Facebook