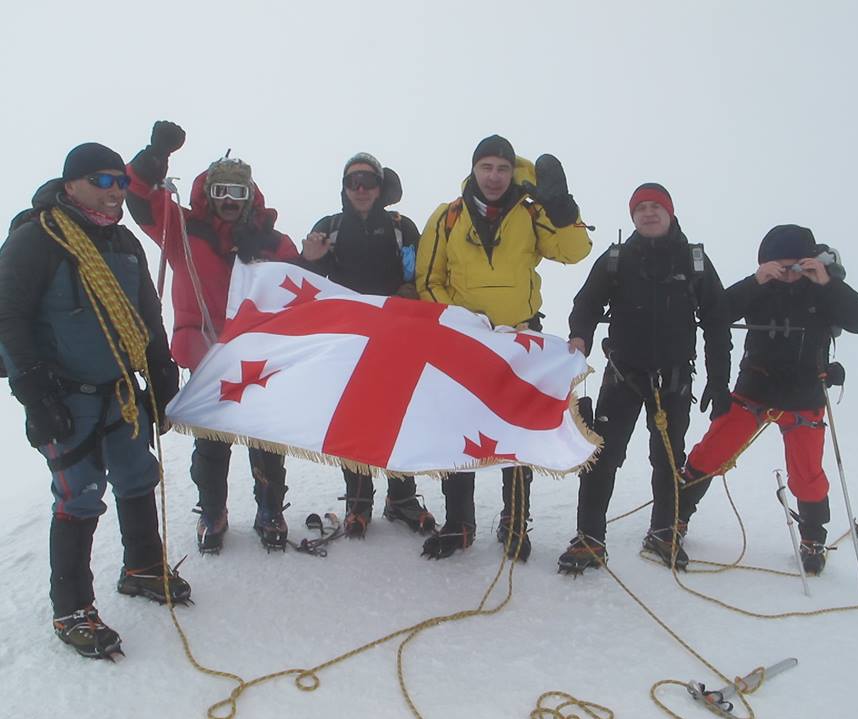 TBILISI, DFWatch–President Mikheil Saakashvili continued his walk on Mount Kazbegi with one of the leaders of the Russian opposition, Andrey Ilarionov.

The Georgian president wrote about his trip on his official Facebook page.

“Who said we would not climb up there?” he writes. “We climbed the last part of the mount with climber’s ropes and special equipment.”

The president started his trip last week, but his team had to abort due to bad weather.

“I raised the Georgian national flag with such an international unity at a place elevated 5047 meters from sea level,” the president writes.

“I’m confident that the future of our country is as bright as the peak of Mount Kazbegi. We will reach every height despite all the obstacles!”

Last week, when he started the trip, the president’s administration explained that Saakashvili went to conquer Mount Kazbeg, 5 047 meters above sea level, in order to popularize tourism in Georgia.