Saakashvili calls on government for dialogue

Saakashvili calls on government for dialogue 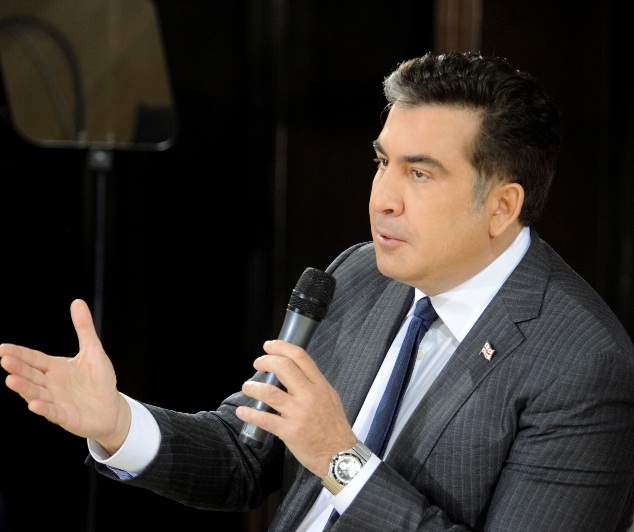 Tbilisi, DF Watch–Georgian president Mikheil Saakashvili welcomes a statement by Prime Minister Bidzina Ivanishvili condemning Friday’s violence in front of the National Library and invites him to a new dialogue.

Saakashvili said he welcomed ‘the fact that the Prime Minister stopped calling for the destruction of the the National Movement’ and offered a dialogue between the governing Georgian Dream Coalition and his own party.

“What happened on February 8 should never happen again in our country,” reads the statement of Mikheil Saakashvili published on his official Facebook page on Sunday. “Political violence has to stop, as well as the attacks against the opposition, pressure on members of parliament, the invasions of local governments or selective prosecutions.”

The president says a real process of cohabitation should start, as the constitution defines it and as it is the will of the people.

“We can sit down as soon as Monday and discuss such topics as constitutional amendment and other important initiatives that require consensus , as well as ways to practically ensure a peaceful cohabitation between the various institutions that are key to the Georgian democracy,” the president writes.

He also expressed readiness to go to parliament and hold another address to the nation, as the parliamentary majority postponed his annual state of the nation speech in parliament scheduled for February 8.

“I hope that the shameful event of February 8 will serve as a lesson and put an end to the cycle of harassment and hatred that started recently in our beloved Georgia,” the president writes.