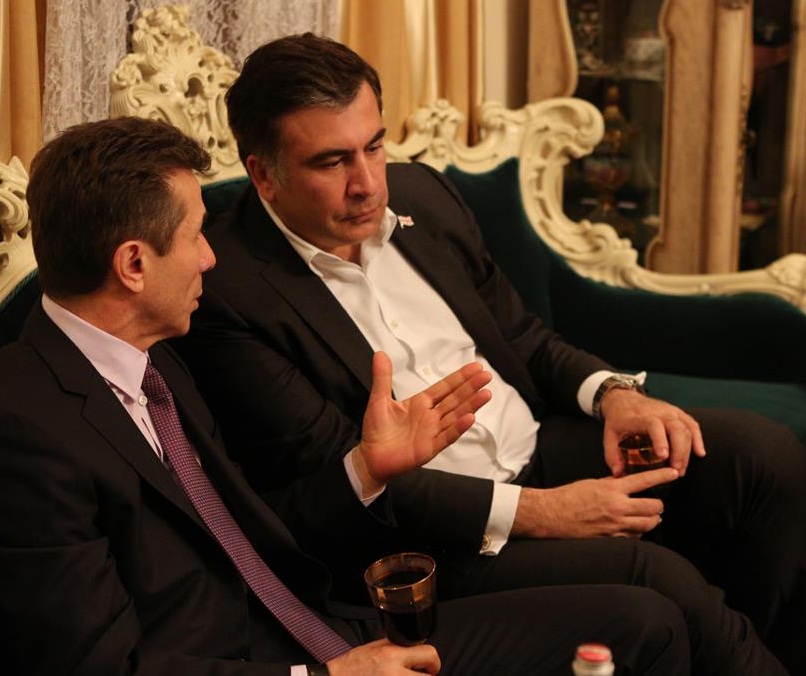 TBILISI, DFWatch — The Georgian President and Prime Minister, who only have met once after the parliamentary election, Sunday celebrated the jubilee of the Georgian patriarch and shared what seemed to be a serious conversation.

Last time the two leaders met was shortly after the October 1, 2012 election. President Mikheil Saakashvili admitted his own party’s defeat and recognized the Georgian Dream coalition of Bidzina Ivanishvili as the rightful winner. He then invited Ivanishvili and his associates to the presidential palace.

The meeting seemed to have gone well, and as they emerged they said they were ready to cooperate. But later, the president frequently criticized the new government in what was seen as aggressive language, and both sides have been undermining each other’s authority by making contradictory decisions.

On Sunday, the prime minister and president managed to have a what looked like a serious conversation, during the jubilee celebration for the Patriarch and the celebration of the old New Year according to the Julian calendar. The special event was held at the Georgian Church’s main building, the Patriarchy, and was attended by Orthodox clerics from many countries.

Patriarch Ilia II, who according to polls is the most trusted public person in the country, said the president, prime minister and speaker of parliament spoke about the future of Georgia.

“It was an expression of love, respect and it was a celebration of souls,” said the Patriarch. He noted that the prime minister expressed a desire to announce this year as a year of love.