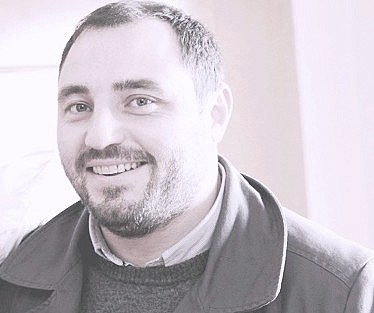 Beka Natsvlishvili is Research Associate at the Centre For Social Studies.

Certain powers in Europe declare unconditional support for Mikheil Saakashvili and his National Movement whom the Georgian people replaced peacefully, through tremendous efforts and social consolidation. This article offers the reader a description of reasons behind this phenomenon.

On January 23, Georgia celebrated another victory in the international political arena. The Parliamentary Assembly of the Council of Europe adopted a resolution by a majority vote which reflected the majority of the demands of the Georgian side. The word occupation was left intact in the text of the resolution, and the demand to spread the operation of the EU Monitoring Mission throughout the territory of Georgia was affirmed. Most importantly, the necessity to return conflict-affected IDPs to their homes and improve the quality of their humanitarian situation was strongly underlined.

In one word, the visit by the Georgian delegation proved to be a success.

Nonetheless, I would like draw public attention to one quite noteworthy circumstance. Mikheil Saakashvili’s January 23 speech in Strasbourg, as well as the report by Ms. Aketoft, a Swedish delegate, on the tough humanitarian situation related to the conflict, was followed by interesting feedback from the Assembly members and subsequent debates.

Although all speakers, with the exception of the representatives of Russia, shared the position of the Georgian side, two distinct opinions emerged as a result.

One group welcomed the choice of the Georgian people and change of power through an election and assessed positively the steps taken by the new government toward normalization of relations with Russian.

Another, smaller group glorified Mikheil Saakashvili, unabashedly bad-mouthed the new government, and equally unabashedly accused it of disregarding the will of the Georgian people and neglecting the course toward integration into Western institutions.

For example, Luca Volonte, a representative of the second group, assessed the decisions by the new government as alarming and directly accused it of ignoring clichéd cohabitation.

In her speech, another representative of this group, Ms. Pourbaix-Lundin dedicated more time to belittling the new government and to describing how it exerted pressure on the “independent” media, the “independent” judiciary, opposition politicians, and how it persecuted “innocent” members of the previous government, than she did to discussing issues related to the resolution.

In addition, on December 24, Mats Johansson, a member of the same European People’s Party, accused the Georgian Government of exerting pressure on Public Broadcaster in the resolution on freedom of the press, despite his arguments being totally groundless.

The reason why Georgian society remembers the European People’s Party group is that Wilfried Martens, President of EPP, visited Georgia a few days prior to the election and publicly called on citizens to vote for the National Movement. It is a different matter whether it was ethical and appropriate to make such a statement amid growing tension in the country.

Representatives of other right-wing conservative political powers also distinguished themselves by brazen accusations and belittling of the new government.

For example, the representative of the ruling party of Turkey pointed outregretfully Mikheil Saakashvili’s course toward democracy, liberalization, and integration into Euro-Atlantic institutions might have been replaced by instability and authoritarianism under the new government.

What do we have here?

Is this a result of Mikheil Saakashvili’s and National Movement’s personal affiliations with certain politicians? Or is it a clash of worldviews? We believe it is the latter.

Distinguished by their market fundamentalism, right-wing conservative parties have always sympathized with the leaders and political parties in emerging Eastern European economies, which implemented policies built upon this utopian – to say the least – social Darwinism and glorification of the primacy of the individual. Jacques Rupnik, one of the advisors to Vaclav Havel, once described them as “the last stronghold of neoliberalism.”

It is an economic model to implement which they strive in their own countries. However, due to European culture being saturated with deep-rooted institutional traditions and the ideas of the French Revolution: liberty, equality, fraternity, they are well aware that their ideas – and the utopian nature thereof in general – are unacceptable to European society.

That is precisely why young Eastern European states appeared to them as the embodiments of their dream. Needless to say, the majority of these states identified timely the fallaciousness and futility of this policy. Until October 1, however, the National Movement kept fortifying their ranks.

The new government rejected this utopian policy and opted in favor of the direction toward ensuring the wellbeing and development of society as a whole and all citizens as opposed to the welfare of one individual, ruining this way the dreams of our friends the ultra-rightists.

On one hand, the circumstance described above is alarming because of the existence of a group of politicians in Europe who disregard the choice of the Georgian people and remain loyal to Saakashvili as the last “stronghold” of their utopian dream.

On the other hand, it should be appreciated since a tendency to have authentic political debates between rightists and leftists, centrists and fundamentalists, is emerging in the country.

It seems that politics starts to serve its true purpose.