Saakashvili allies left party to save Georgia from ‘pro-Russian forces’

Saakashvili allies left party to save Georgia from ‘pro-Russian forces’ 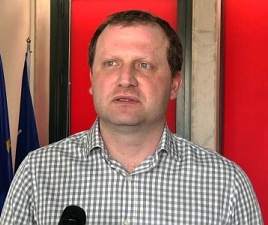 TBILISI, DFWatch–Four former members of the National Movement say they left the party to save the country from ‘pro-Russian forces’ which may come to power in the 2016 parliamentary election.

Zurab Japaridze, Goga Khachidze, Pavle Kublashvili and Giorgi Meladze left National Movement on Monday. A former ally later said they were planning to start a new movement. Wednesday morning, one of them issued a statement stating his reasons for leaving the party that ruled Georgia for almost a decade.

The statement was posted by Zurab Japaridze on Facebook, and it was unclear whether he was speaking on behalf of all four.

However he thinks this is not enough. The party needs renewal and openness to victory to win back people’s trust.

“Take responsibility for the defeat and renew the political movement. This is the practice in democratic states, and UNM failed to pass the third exam,” the statement reads.

This is exactly what people want from them right now, it continues.

The statement also reads that none of the four plan to fight for a seat in parliament in 2016. Instead, they plan to offer people ‘a bold economic program’ in next year’s election, as they believe that the economy is the main challenge the country is facing right now.

Japaridze explains that they have a year and a half until the election to defeat the ‘threat’ of what they call ‘pro-Russian forces.’

“We plan to fight for a united Georgia’s European and democratic future.”

Goga Khachidze wrote on his Facebook page that even though they are leaving UNM, their values remain the same, as does their perception of the reality in the country and their political views and their opponents.

Meanwhile, spokespersons for Georgian Dream and the prime minister are predicting the full collapse of the National Movement.

The PM commented briefly that it is surprising that UNM hasn’t collapsed earlier but have attempted to ‘show themselves as a united team.’ He added that UNM will split into three more groups.

MP Levan Berdzenishvili said the opposition party is facing problems and may completely dissolve, but he doesn’t think this is important today, even though it is ‘the topic of the day.’