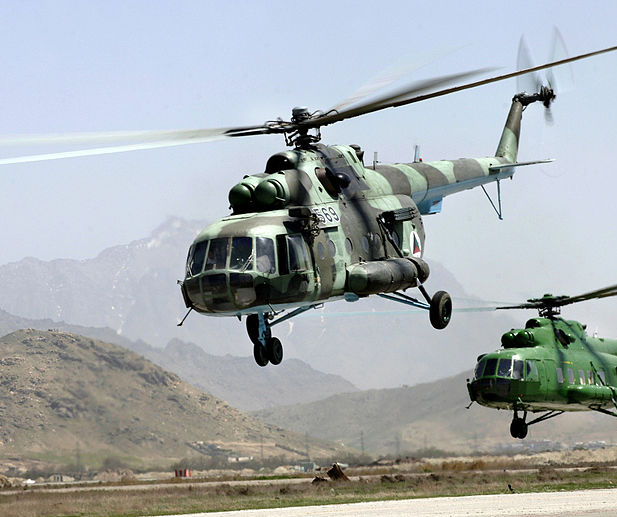 A Russian helicopter of the type Mi-8 flew over an area near Gori in Georgia Thursday. (Photo by U.S. Department of Defense.)

The helicopter, which was of the type Mi-8, flew over an area in the vicinity of the towns Gori and Kaspi, according to Georgia’s Foreign Ministry.

Later on Thursday, at 18:22, a Russian unmanned aerial vehicle based in the other breakaway region Abkhazia, flew over Georgian checkpoints in the village Khurcha, near the town Zugdidi.

Georgia’s Foreign Ministry expressed concern about what it calls another violation of the ceasefire agreement of August 12, 2008, and calls on the international community, diplomats in Georgia and EU Monitoring Mission to Georgia to pay attention to the situation along the ‘occupation line’, in order to prevent provocative actions and attempts at escalation by Russia.