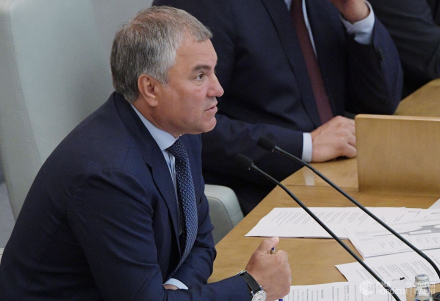 TBILISI, DFWatch–The lower house of Russia’s parliament will soon decide whether to recognize the Georgian-Ossetian conflict in the early 20th Century as a genocide.

“The State Duma has paid due attention to the statement by the South Ossetian parliament on the recognition of the genocide of South Ossetians in 1920 by Georgia. At the next meeting of the State Duma Council, which includes the leadership of the Duma, the heads of all political factions and the chairmen of the committees, we will discuss this appeal,” State Duma Speaker Vyacheslav Volodin told journalists on Thursday.

The de facto parliament of South Ossetia has asked the Kremlin, the State Duma and the Federation Council, the upper house, to recognize the dramatic events of 1918-1920 as a genocide.

Tskhinvali claims that the tragic events of the uprising of Ossetians in what is now known as South Ossetia have not been properly assessed and “the genocide’s perpetrators and organizers” were not brought to justice.

Breakaway authorities in Tskhinvali believe that the recognition of the events as a genocide would be an act of historical justice and also a deterrent to new “aggression” by Georgia against South Ossetia and Abkhazia.

The uprising of Ossetians in Tskhinvali region started in 1918 and culminated in 1920, when Georgian troops quelled the resistance. The uprising was incited and supported by Bolsheviks from Russia while the Georgian government at the time was dominated by their bitter political foes, the Mensheviks.

Altogether, thousands were killed on both sides. The exact number varies widely from two to six thousand. Several Ossetian villages were burnt down by troops under the command of Georgian general Valiko Jugeli.

Although acknowledging the brutality by both sides, Georgia denies the notion of this being a genocide, and points to the destructive and destabilizing role played by Russian Bolsheviks in the conflict.